Bed bugs are flat, rust-coloured parasites about five millimetres long. The bugs have developed resistance to chemical treatments, making eradication of the pests more difficult. How can you tell for sure that you may have a bed bug infestation?

Bed bugs are tiny insects which feed exclusively off the blood of humans.

They can easily spread and lead secretive lives thus making the little critters so difficult to spot.

Only female bed bugs are able to lay eggs and when they do, as many as 300 eggs are laid in their lifetime.

Waking up and feeling a new itch is one of the more common warning signs of a possible infestation.

Other signs of bed bugs include seeing evidence of them on sheets, pillowcases, or excrement left over.

Smelling a certain odour emanating from the bedroom could mean you're at risk.

"When a group of bed bugs gets disturbed, you may be able to smell that odour. Odours may result from bed bug faecal material.

"Other smells could be a coriander smell, or a sweet, musty odour."

Bed bugs have exoskeletons, which mean they shed an outer shell at different stages of their life cycle.

Look for shell-like remains on bedroom furniture, or wherever you may be laying your head at night.

Like all living things in life, bed bugs have the need to release themselves too.

This means tiny black specks can indicate they've been defecating all over your stuff. 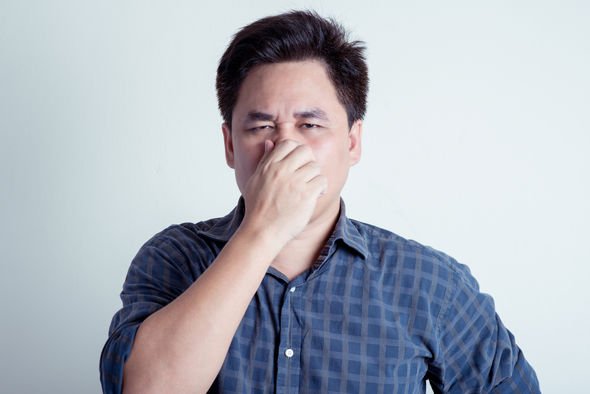 "The difference between a skin and an actual bug is that the exoskeleton will appear empty and translucent and obviously cannot move.

"As the infestation wears on and mating continues, immature bed bugs begin to make up the majority of the population.

"At this point, each adult bed bug has already moulted several time and since shed skins do not decompose at the same rate, they start to build up over time."

How to get rid of bed bugs

Bedbug bites usually clear up on their own in a week or so but there are a number of steps you can take to alleviate symptoms in the meantime.

The NHS says to do the following:

·        Put something cool, like a clean, damp cloth, on the affected area to help with the itching and any swelling

·        Do not scratch the bites to avoid getting an infection