Type 2 diabetes is a condition suffered by millions around the world. Low blood levels of magnesium have been observed in 25–38 percent of people with type 2 diabetes and are more common in those who don't have their blood sugar under good control. According to both studies and health experts, taking magnesium supplements could help to lower blood sugar levels. How?

In a study published in the National Library of Medicine, the effect of magnesium supplementation on insulin resistance was analysed.

The study noted: "Recent studies have demonstrated that minerals play a role in glucose metabolism disorders in humans.

"Magnesium, in particular, is an extensively studied mineral that has been shown to function in the management of hyperglycaemia, hyperinsulinemia, and insulin resistance (IR) action.

READ MORE: How to live longer: The herbal tea that may play a role in preventing and treating cancer

In another study the meal effect on magnesium in healthy women was investigated.

"Magnesium intakes in many industrialized countries are below recommended daily allowances.

The study concluded that regular consumption of magnesium-rich mineral water could make a valuable contribution to magnesium requirements.

DON'T MISS
Bed bugs: The three different warning smells indicating you may have an infestation [INSIGHT]
Hair loss treatment - Dr Sara explains the best type of shampoo to stimulate hair growth [ADVICE]
How to get rid of visceral fat: The Dutch diet proven to shed the harmful belly fat [TIPS]

Magnesium deficiency can occur due to inadequate intake of magnesium, impaired intestinal absorption of the mineral, or excessive loss of it.

Having large amounts of magnesium can be lost by prolonged exercise, lactation, excessive sweating or chronic diarrhoea, kidney diseases, an overactive thyroid or low blood levels.

A magnesium deficiency is often associated with low blood levels of calcium and potassium and when deficient, an increased irritability of the nervous system including spasms of the hands and feet, muscular twitching or cramps can ensue. 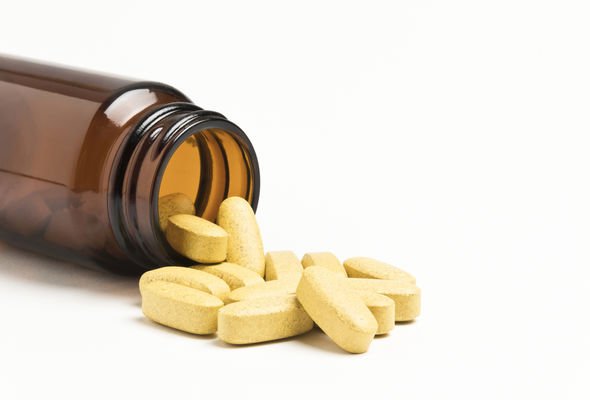 Adding as little as 100mg of magnesium to the diet could help lower the risk of diabetes by as much as 15 percent.

Similarly, a person could be more at risk of a magnesium deficiency if they've been diagnosed with diabetes.

This is because patients tend to lose a lot of their magnesium in their urine, as the body tries to get rid of excess sugar.

Magnesium deficiency has been linked to insulin resistance, which is central to the development of type 2 diabetes.

Magnesium tends to decline in people with diabetes and may fall to dangerously low levels amongst those suffering from severe diabetic retinopathy, said Diabetes.co.uk

The health site continued: "Magnesium deficiency has been shown to directly influence the blood sugar control of type 2 diabetics.

"When using supplemental magnesium, diabetics may be able to lower their insulin dosage."