The UK government has been told it needs to publish figures on how many coronavirus tests are being processed said Health Select Committee chair Jeremy Hunt. Mr Hunt has written to prime minister Boris Johnson for the second time urging this information to be made public by the end of June. This comes as growing concerns by the public due to the amount of COVID-19 patients showing no symptoms, according to a new study.

A new study looking into coronavirus patients in Italy found that 40 percent of all cases had shown no symptoms at all.

This suggests that asymptomatic cases are important when it comes to the spread of the pandemic.

The study, which was led by a scientist at Italy's Padua University and Imperial College London produced evidence which indicated  that mass testing combined with case isolation and community lockdowns can help stop the spread of COVID-19 outbreaks swiftly.

READ MORE: China's new flu strain in pigs MUST be 'contained from outset'

The Italian town of Vo, with a population of nearly 3,200 people, experienced Italy's first COVID-19 death back in February.

The town was put into immediate quarantine for 14 days and during this time researchers tested most of the population.

Researchers tested for infection both at the start of the lockdown with 86 percent of the town being tested and after two weeks with 72 percent being tested.

Tests revealed that at the start of the lockdown, 2.6 percent of the population were positive for COVID-19, however after a couple of weeks only 1.2 percent were positive.

Results revealed that it took on average 9.3 days for the virus to be cleared from someone's body.

Professor at Padua and Imperial, Andrea Crisanti, who co-led the study said that despite silent and widespread transmission, the disease can be controlled.

She added: "Testing of all citizens, whether or not they have symptoms, provides a way to prevent outbreaks getting out of hand."

Professor Crisanti has gained notoriety for her views on widespread testing before it became part of the official World Health Organisation (WHO) guidance. 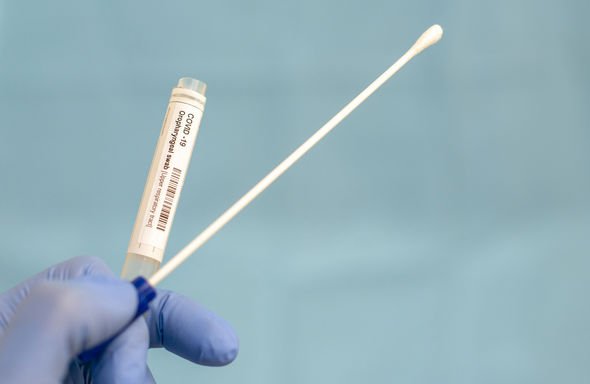 "This testing and tracing approach has had a tremendous impact on the course of the epidemic in Veneto compared to other Italian regions, and serves as a model for suppressing transmission and limiting the virus' substantial public health, economic and societal burden," added Crisanti.

As well as identifying the proportion of asymptomatic cases, the Italian researchers also found that asymptomatic people had a similar viral load as symptomatic patients.

Their viral load also appeared to decrease in those who had no symptoms to begin with but later developed symptoms.

This suggests that asymptomatic and pre-symptomatic transmission could contribute significantly to the spread of the deadly virus.

Thereby strengthening the notion of how important testing and isolating is to control outbreaks across the world.

This comes as news that Leicester will be under lockdown again due to an increase in the number of infections.

Non-essential shops have shut, and schools will be closed to most pupils.

The tightening of restrictions in the city will last until at least 18 July and will apply to the city centre and a number of suburbs.

It remains unclear if testing will be as prompt and efficient as it was in Italy.