Hair loss is a subject which brings up many theories and old wives' tales on how to cure the natural occurrence. Many of these theories prove to be a waste of time and its often best to turn to nature's healthy remedies. EGCG has had some impressive results when it comes to hair care, according to studies and could help to increase hair growth. How?

Epigallocatechin gallate is a unique plant compound which has numerous and impressive health benefits.

It's thought to help reduce inflammation, aid in weight loss, prevent heart and brain disease and could potentially help with hair loss.

EGCG is derived from the dried leaves of green tea.

This plant-based compound is known as catechin.

Catechins may be further categorised into a larger group of plant compounds known as polyphenols.

EGCG and other related catechins acts as potent antioxidants which may protect against cellular damage caused by free radicals.

Free radicals are highly reactive particles formed in the body that can damage cells when their numbers are too high.

Several studies have indicated that EGCG may have favourable properties which could help with hair loss.

In a study with the US National Library of Medicine National Institutes of Health, a blind study of the efficacy of a new nutritional supplement in alopecia was analysed.

The study noted: "To evaluate the effectiveness of a novel supplement Forti5, containing green tea extract in the management of subjects with alopecia a prospective case series analysed the results. 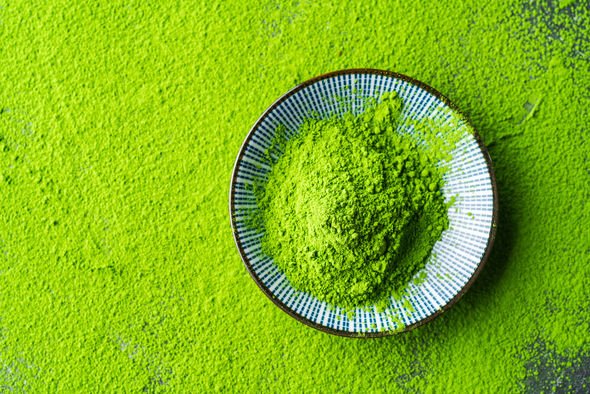 In one small study, researchers added topical green tea-derived EGCG extract to the scalps of three participants with alopecia.

EGCG appeared to increase hair growth by stimulating hair follicles and preventing damage to the skin and hair cells.

What's more, in a hair loss study in mice, researchers found that 33 percent of the animals who had consumed green tea extract experienced hair regrowth after six months, while no mice in the control group experienced improvement.

The epigallocatechin gallate in green tea may prevent hair loss by inhibiting the activity of hormones that induce hair loss and promoting hair regrowth by stimulating hair follicles.

Different ways to incorporate EGCG into your hair care routine include:

Applying a green tea conditioner or hair mask to the hair's roots, shafts and tips

Adding one to two green tea bags to boiling water and allowing them to cool down and applying it in the shower to your head.