When it comes to living a life disease-free and to an impressive age, it does not always require leading a boring life. In fact, researchers have credited beer drinking to helping boost life longevity. How?

Research has shown that those who drink a beer a day could live longer, with scientists even claiming that it's "very good for you".

Scientists have linked certain brews to be bursting with health-boosting probiotics which help extend a person's life.

The medical team claims a beer a day can be very good for one's health as it helps protect against obesity, insomnia and dementia.

Crucially, a different strain of yeast is used during in-bottle fermentation compared with then used in more traditionally pulled pints.

It's the presence of this particular strain of yeast which proves key as it not only converts sugar into alcohol but also produces acids capable of killing off potentially harmful bacteria.

Professor Eric Claassen, researcher on the study, said: "You are getting a stronger beer that is very, very healthy."

A study published in the journal Age and Ageing found a strong association between having a daily tipple and living to the age of 90.

The study also found that men and women who enjoyed a daily drink were up to 40 percent more likely to make it to their 90th birthday than those who rarely drank beer.

The benefits of beer drinking were only observed in those who stuck to one drink a day with no added benefits included in the more one drank.

Furthermore, the findings also differentiate between men and women, finding that drinking wine is most conducive to a long life for women and spirits like whisky, brandy or gin brought longevity benefits for men. 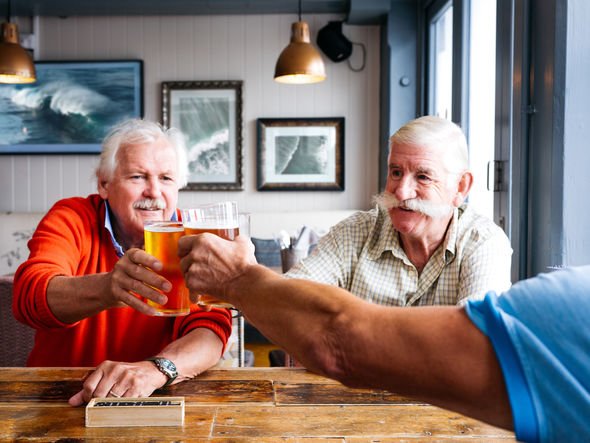 A 2015 study of people who had mild Alzheimer's found that moderate drinkers were less likely to die during the study's follow up period than their teetotaller counterparts.

The study found that light and moderate drinkers were also less likely to die from cardiovascular disease than those who never sipped alcohol.

Again, it was stressed that the research has generally not found health benefits for people with heavier drinking habits.

Unlike most beers, they are fermented twice ­— once in the brewery and again in the bottle.

The process increases the strength of the beer.

Importantly for health, in-bottle fermentation uses a different strain of yeast to that found in traditional pints.

It not only converts sugar into alcohol, but it produces acids that kill off harmful bacteria.