Many people entering into their golden years want to try to prolong the time they have left with loved ones. New clinical research has shown how one ingredient added into the diet can have life-boosting effects.

In June this year, a peer-reviewed report detailed how a certain ingredient can curb mortality.

Published in The American Journal of Clinical Nutrition, the meta-analysis looked at data from three major studies.

Altogether, there were 4,000 participants aged 54 to 76, whose dietary intake of vitamin K was determined by blood tests examined in a laboratory.

The longitudinal data found that those with the lowest vitamin K levels had a 19 percent higher risk of death compared to those with higher selves of the vitamin.

This may be attributed to the benefits associated with vitamin K. It is, after all, known to maintain "healthy blood vessels", says lead study author Kyla Shea, Ph.D., from the Human Nutrition Research Center on Aging at Tufts University.

"There is an important protein in vascular tissue that prevents calcium from building up in artery walls, and it requires vitamin K to function," Shea explained.

"Without vitamin K, this protein is less functional, which may increase susceptibility to calcium accumulation in arterial walls."

Medical News Today highlighted how the build-up of calcium in the arteries – known as atherosclerosis – is the main cause of heart disease.

Calcium deposits harden on the arterial walls, resulting in hardened and narrowed arteries that can lead to blood flow obstructions and heart issues.

So, which ingredient is rich in vitamin K that you can incorporate more into your diet? The answer is kale.

Kale is a member of the cabbage family, and can either have smooth leaves or crinkly leaves.

DON'T MISSDementia warning - one drink you should avoid if you want to prevent the condition [TIPS]Heart attack: The best diet to follow to avoid the deadly condition - what foods to eat [INSIGHT]Sue Nicholls health: Coronation star's ‘deadly form of cancer' spotted by TV viewer [CELEB]

Although kale is available all year round in supermarkets, it's officially in season from mid September to late February.

There are various ways a person can cook kale: the vegetable can be steamed, boiled, fried roasted and eaten raw.

The versatile ingredient can be used as a tasty side dish – quickly fried with olive oil, garlic and chilli flakes until wilted – or added to soups, stews and risottos.

When eaten raw, it can have a drizzle of oil or lemon juice to make it more palatable. 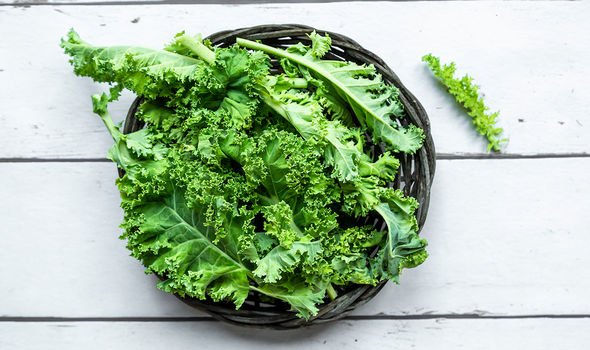 Or, when rubbed with oil and roasted, the crunchy texture makes it a great alternative to crisps.

For those who like to indulge in healthy smoothies, adding kale to your drink is one other way to increase vitamin K levels in your body.

The NHS added that vitamin K is "needed for blood clotting" to heal wounds, and there's evidence it may "help keep bones healthy" too.

People are recommended to need one microgram of vitamin K for each kilogram of their bodyweight. For example, weighing 65kg requires 65 micrograms of vitamin K a day. 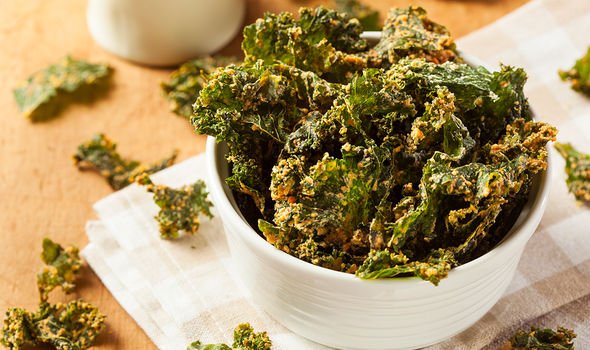 Green leafy vegetables, such as kale, broccoli and spinach, contain vitamin K, as well as vegetable oils and cereal grains.

The health body attests that people are able to get all the vitamin K they need from a healthy diet.

And kale really packs a punch, half a cup of cooked kale contains 565 micrograms of vitamin K.

Not to worry if you've eaten more vitamin K than needed, the body stores the excess nutrient for when you're running low on the vitamin.