Royal Ascot usually brings the Royal Family together and last year Kate, Duchess of Cambridge, 38, and Prince William, 37, joined  Queen Elizabeth II on its opening day, however, there will be no royal reunion at Royal Ascot 2020. Royal Ascot races will be held behind doors for the first time in its history amid the coronavirus crisis. The five-day racing festival which is held in honour of the sovereign every year is said to be one of Queen's favourite events.

Kate, Duchess of Cambridge stunned in a pale blue lace dress and hat as she and William joined fellow family members in the royal enclosure at Ascot on June 18, 2019.

The Duke and Duchess of Cambridge were not the only royals to attend the first day of racing - Zara Tindall and Mike, Prince Charles and Camilla, Duchess of Cornwall and Sophie, Countess of Wessex and Prince Edward were also there.

The Queen is a huge fan of horse racing and often seems her happiest, surrounded by family at Royal Ascot.

This year Kate and William will be sad to miss the treasured event as they remain at their country home Anmer Hall throughout the week. 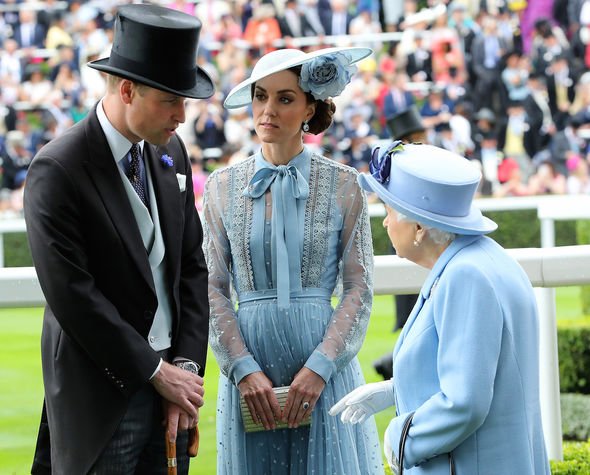 One royal commentator has explained why missing Royal Ascot 2020 will be particularly poignant for the Queen, who is one of Britain's biggest racehorse owners and breeders.

Royal commentator Richard Fitzwilliams told Express.co.uk: "The Queen is one of the world's keenest followers of the turf and an expert on equine matters.

"She was given her first pony at the age of 4 and still rides at 94.

"She follows in the footsteps of Queen Anne, who founded Royal Ascot in 1707 and George IV and Edward V11, monarchs who were also racing enthusiasts. 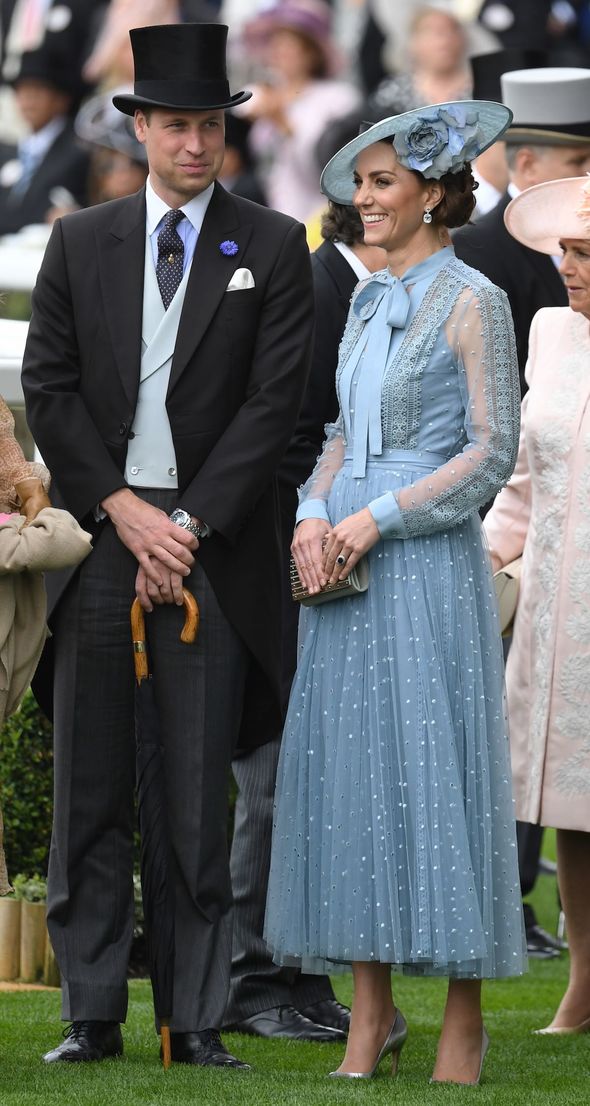 "She has had 23 winners there including Estimate, which won the Gold Cup in 2016."

"For the first time in her 68-year reign she will not be attending in person.

"She will undoubtedly be following the event on television, though sadly this year members of the public will not be able to attend owing to COVID-19.

"There will therefore not be the customary royal procession."

Mr Fitzwilliams added: "However, the plan is to feature 36 races over the usual five days and the event will be covered by a team from ITV."

Horse racing was the first British sport allowed to return amid the coronavirus crisis.

Racing has been back behind doors since June 1 with strict social distancing measures in place - racecourses are closed to the public and jockeys must wear face masks.

While the Queen is not expected to appear at Ascot in person, bookmakers believe she could make a virtual appearance via Zoom on ITV. 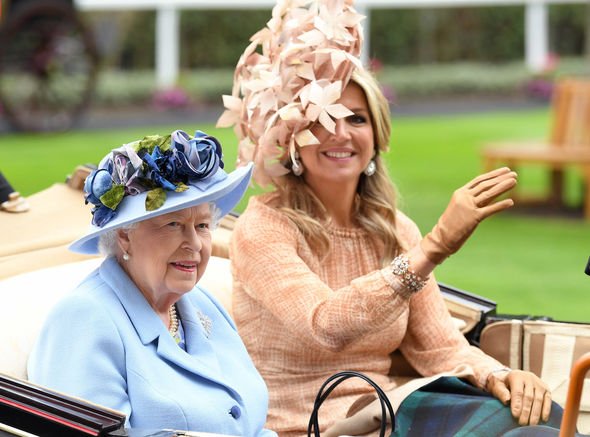 Mr Fitzwilliams said: "The Queen will undoubtedly be pleased that racing is continuing, even if it is behind closed doors and there are reports that she may make a virtual appearance on ITV as this is an event which is so dear to her heart."

Royal Ascot 2020 has updated its running with three new races - the names of which are tributes to the Royal Family.

Mr Fitzwilliams added: "The Queen will undoubtedly take pleasure in the special royal connections in the names of three new races being run this year.

Mr Fitzwilliams said the Queen will look forward to seeing Royal Ascot return to its full glory next year.

He said: "Sadly, owing to the pandemic, the traditions which make Royal Ascot so special, the thrilling races, the fashion and the picnics, will have to wait until next year.

"Hopefully we will just have celebrated Prince Philip's centenary the week before as well."