Lung cancer signs can include coughing up blood, pain the chest when breathing, loss of appetite and extreme fatigue. There is a lesser-known warning sign which lies in a person's fingers.

Finger clubbing relates to specific changes in the shape of your fingers and fingernails.

It is also called digital clubbing or hippocratic fingers.

Health experts warn that people with heart or lung problems sometimes have these changes.

In a study published in the US National Library of Medicine National Institutes of Health, finger clubbing and its association with underlying diseases was analysed.

The study noted: "Although clubbed fingers are mostly asymptomatic, it often predicts the presence of some dreaded underlying diseases.

"It was first described by hippocrates nearly 2500 years ago in a patient with empyema.

"Because of this, it is often described as hippocratic finger and is regarded to be the oldest sign in clinical medicine.

"Later on, it was found to be associated with a variety of clinical conditions including bronchiectasis, lung cancer, cirrhosis of liver, cyanotic congenital heart disease, etc.

"In adults, malignant neoplasm of the lung is the predominant pulmonary cause of clubbing, contributing to nearly 90 percent of cases.

"Among the different types of thoracic malignancy, lung cancer is responsible for 80 percent cases of clubbing, whereas pleural tumours and other intrathoracic and mediastinal growth contribute to 10 percent and 5 percent cases, respectively." 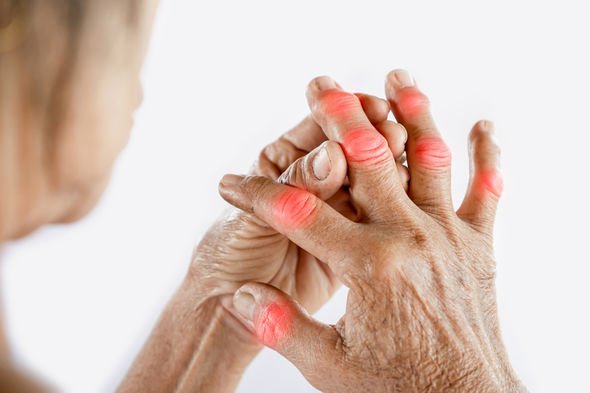 Clubbing is thought to be caused by fluid collecting in the soft tissues at the ends of the fingers, said Cancer Research UK.

The site added: "This is caused by more blood flowing to the area than usual.

"But we don't fully understand why this happens.

"It may be due to the tumour producing particular chemicals or hormones (this is called a paraneoplastic syndrome).

"In the later stages of finger clubbing, extra areas of bone might form on the finger joints, wrists and ankles.

"This is sometimes mistaken for arthritis and is called hypertrophic pulmonary osteoarthropathy (HPOA)."

Not having a diamond-shaped gap between the forefingers when you touch them together could be a sign of lung cancer, according to experts.

Clubbing of the fingers causes them to get larger at the tips and is thought to be caused by fluid build-up, although it's not clear exactly how cancer causes this.

People who have this may not see a gap when they hold their fingers together, because the condition flattens the top of their digits.

It is a relatively common symptom of certain types of lung cancer, with as many as 35 per cent of people getting it.

If you have noticed your fingers looking this way, it's important to carefully monitor any other unusual symptoms and speak to your GP about the possible cause.