Lung cancer is one of the most serious types of cancer to be diagnosed, as it's usually difficult to spot until it has spread to other parts of the body. You could be at risk of the disease if you develop unexplained back pain, it's been revealed.

One of the common symptoms of lung cancer is unexplained back pain, it's been revealed.

Around a quarter of all lung cancer patients develop some form of back pain.

The pain may be caused by a tumour pressing on the nerves in the spine.

It could therefore be a sign that your lung cancer has spread to your back.

You should speak to a doctor if your back pain won't go away, as it could be something serious.

"Many people know a cough that lasts for more than 3 weeks, breathlessness and/or fatigue could be a sign of lung cancer," said the Roy Castle Lung Cancer Foundation.

"Backache is one of those things that we often explain away.

"‘I pulled it when I was carrying that heavy shopping bag', ‘I was training too hard' or ‘it's just a sign of getting older'.

"However, it can be a sign of lung cancer. If you have any concerns, you should go to your GPs as soon as possible." 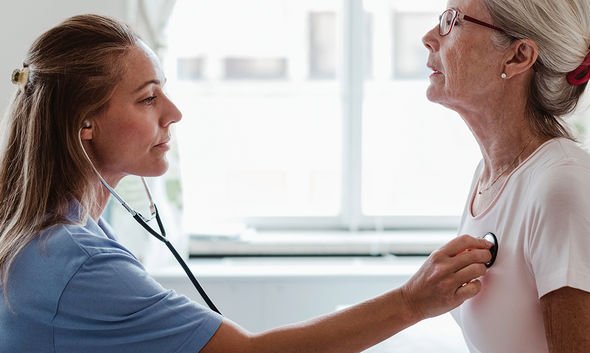 But, just because you develop back pain, it doesn't necessarily mean that you have lung cancer.

It's a very common condition, and usually improves by itself within a few weeks or months.

Other lung cancer symptoms include having a cough that won't go away, having a hoarse throat, or feeling short of breath.

You should speak to a doctor if you're worried about the signs or symptoms of lung cancer.

The outlook for lung cancer isn't as good as other types of cancer.

That's because the symptoms are usually only spotted in its later stages.