Penny Junor, warned the prince and Meghan's departure from royal duties on Tuesday will see them pushed low on the royal family's list of priorities. The couple's final royal activates this week come as the nation is in the grip of a coronavirus lockdown. The royal family have also been affected by the pandemic; the Prince of Wales was confirmed as having contracted Covid-19 last week.

At the same time, the Duke and Duchess of Cambridge have announced their support of the government's advice on how to preserve mental health during the UK's lockdown.

Ms Junor said: "I think for the time being Harry and Meghan probably will become a distant memory. It's very sad.

"The royal family definitely has a role to play in crises like this.

"It's a great morale boost to have words from the Queen or words from William and to watch his children clapping the NHS workers. It's important."

Harry and Meghan are reportedly planning to set up not-for-profit organisation and have said they want to earn their own money after their departure from royal duties, which they announced in January this year.

Prince Harry himself, who Ms Junor described as "a very caring, nurturing sort of person," has lent words of support to those affected by the coronavirus pandemic, however.

He issued a video statement in which he apologised to athletes who were due to compete in the now-delayed Invictus Games in The Hague in May.

"This was an incredibly difficult decision for all of us to have to make, and I am so grateful for everyone that's worked so hard over the last couple of weeks to try and find any alternative to try and carry out these games in a safe way. 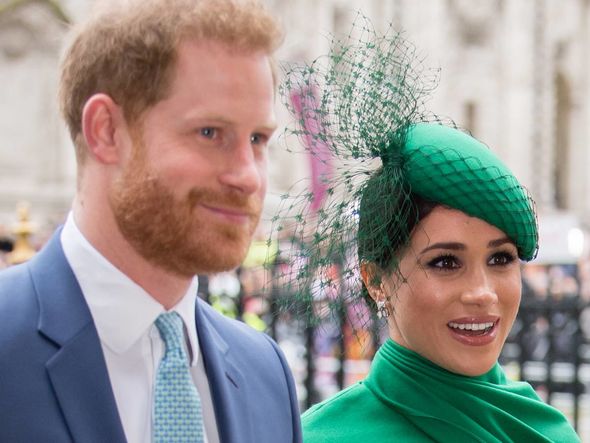 But this decision was the most sensible and the safest option, for all of you, for your families, and everybody else involved in these games," he said.

Harry and Meghan are currently in self-isolation in Los Angeles, California, with their 10-month-old son Archie.

They travelled to a location near Hollywood from their rented home in Vancouver, Canada, before the border between the two countries was closed last week.

However, their welcome to the US has so far been lukewarm after US President Donald Trump announced that the country would not pay for the couple's security.

DON'T MISS
Baby Archie update: How THIS exciting news could impact Archie [REVEALED]
Meghan Markle latest: The subtle sign Meghan WON'T return to acting [INSIGHT]
Prince Harry could be fast-tracked to a US green card as a diplomat [EXPLAINED] 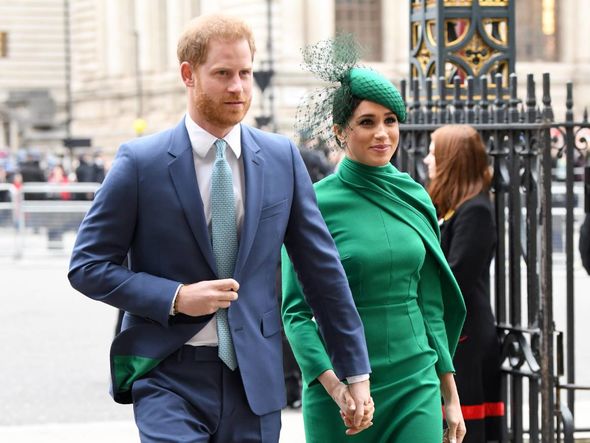 He tweeted on Sunday: "I am a great friend and admirer of the Queen & the United Kingdom. It was reported that Harry and Meghan, who left the Kingdom, would reside permanently in Canada.

"Now they have left Canada for the U.S. however, [sic] the U.S. will not pay for their security protection. They must pay!"

In response, a Sussexes spokesperson said on Sunday: "The duke and duchess have no plans to ask the US government for security resources. 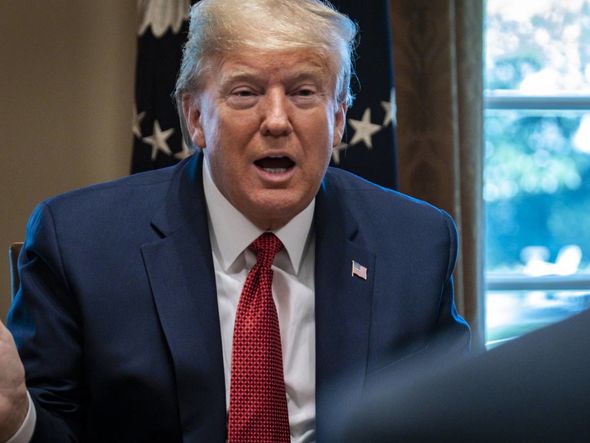 Mr Trump's announcement follows a similar sentiment expressed by the Canadian government last month, when it announced that it would stop providing security assistance to the couple.

Trump's announcement also comes as the US faces coronavirus problems of its own on a huge scale.

The country's national shutdown has been extended for a month, and Mr Trump has claimed that if the US death toll is kept below 100,000, it will have done "a very good job".

Current US infection are currently said to be around 142,000.