Share
Tweet
Share
Share
Email
Comments
They or their family, through the Queen or Prince Charles, have become liable for the costs because from today the Sussexes will no longer be working royals able to ask for assistance from host countries. Harry, 35, and Meghan, 38, will lose their status as internationally protected persons under a 1973 United Nations treaty. Buckingham Palace confirmed that the Sussexes will now pay privately for their security after moving to Los Angeles earlier this month. It came after US President, Donald Trump, publicly stated that American taxpayers would not be footing the bill. A spokeswoman for the couple, who are house-hunting for a place to settle with their 10-month-old son, Archie, said: "The Duke and Duchess of Sussex have no plans to ask the US government for security resources. Privately funded security arrangements have been made." The Daily Express understands Home Secretary, Priti Patel, has still not officially decided whether the Sussexes should receive some form of protection at the Treasury's expense. 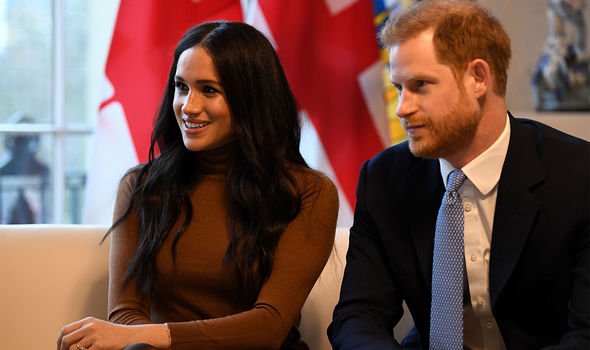 Mr Davies said: "If you look at the cost over their lifetimes it's got to be £100 million plus. "Royalty protection officers at inspector or sergeant level are on £90,000 to £110,000 per year and then you've got their travel and accommodation. They fly business class everywhere. "If you are paying for a top personal protection officer privately that's going to cost $1,000-a-day at least for top end people, which is what they will need. You'll need several of them plus a few to man the gates and do other things." In a final update before quitting their royal roles, the couple yesterday confirmed they had dropped plans to create a charitable foundation. Their only outlet will be Travalyst, a not-for-profit organisation created by Harry to promote ethical tourism. They plan to spend the next few months "focusing on their family and continuing to do what they can, safely and privately, to support and work with their pre-existing charitable commitments while developing their future non-profit organisation". The couple are mothballing their Sussex Royal Instagram account and website and will no longer use the royal title. Their new chief of staff is Catherine St Laurent, who previously worked for Bill Gates's wife Melinda. Source