Parkinson's disease is a progressive condition whereby the signals communicated between the brain and nervous system are disrupted. This causes a number of impairments, many of which relate to movement. The symptoms are often subtle at first but become quite pronounced as the condition advances. According to studies, if a person hears a constant ringing in their ears known as tinnitus, it may make them more susceptible to developing Parkinson's disease.

In a study published in Scientific Reports, tinnitus and risk of Parkinson's disease was investigated.

The study noted: "Tinnitus has been implied as a 'soft' sign of neurodegenerative disease, which is characterized by progressive loss of neuronal function, such as Alzheimer's disease (AD) and Parkinson's disease (PD).

"This study aimed to determine whether the risk of developing AD/PD increases after having tinnitus.

"Parkinson's disease (PD) and Alzheimer's disease (AD) are neurodegenerative diseases, which are characterized by gradual progressive loss of neuronal function in an anatomical or physiological way.

"Up to the present moment, aging is the highest known risk factor for neurodegenerative diseases.

"Oxidative stress and mitochondrial dysfunction are found in the early stages of total major neurodegenerative diseases.

"The major findings in our study are that the risks of developing Parkinson's disease were increased after patients were newly diagnosed with tinnitus."

DON'T MISS
The breakfast food that could stimulate hair growth and lower your risk of hair loss [TIPS]
The sleep position you should avoid - it may be raising your risk of Alzheimer's disease [INSIGHT]
How to live longer: A juice to fight against cancer, reduce wrinkles and boost longevity [ADVICE]

The NHI records provide a large and nationally representative patient sample with long follow-up periods, as participation is nationwide and mandatory.

They identified 12,657 tinnitus patients and 25,314 control patients without tinnitus. 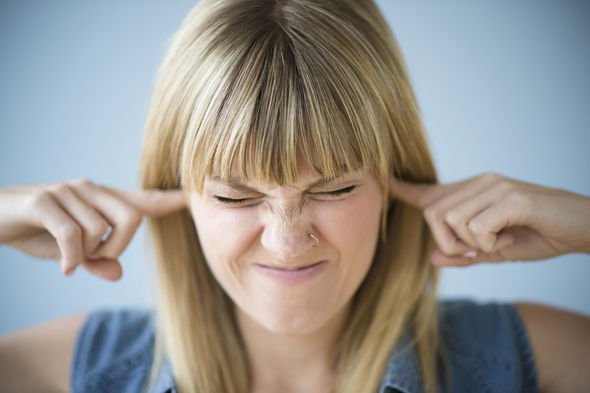 The NHI data used in this study also revealed several other potential independent risk factors for the two disorders.

Diabetes and head injuries associated with the occurrence of Alzheimer's, while head injuries, cerebrovascular disease, and osteoarthritis were linked to Parkinson's.

"This information is critical for clinicians to develop preventive and diagnostic strategies for assessment," they wrote in conclusion.

It's not known why the loss of nerve cells associated with Parkinson's disease occurs, although research is ongoing to identify potential causes.

Currently, it's believed a combination of genetic changes and environmental factors may be responsible for the condition.

"It is estimated that only a very small number of people may have an increased risk of Parkinson's linked to their genes," explains Parkinson's UK.