Shortly before Christmas, the Duke and Duchess of Sussex began discussions with Harry's father Prince Charles about stepping back from royal duties. The Prince of Wales wanted to make some changes to their proposed plans for ‘Megxit' and asked that they not publicly announce their decision until the details were hashed out. However, despite his request and the Queen's instructions to do the same, Harry and Meghan released their statement just weeks after initiating the discussion.

The Queen was said to be "hurt" by the way in which they went against her wishes.

However, recent news may indicate why they were in such a rush to leave the Royal Family - their upcoming plans for making their own income.

Last week, Disney announced that Meghan would be narrating their new documentary ‘Elephant', being released on Disney+ on April 3, just three days after they officially step down from royal duties.

In fact, a video has resurfaced from the July 2019 premiere of The Lion King that implies the Sussexes were planning commercial interests for after they stepped down as senior royals as far back as then. 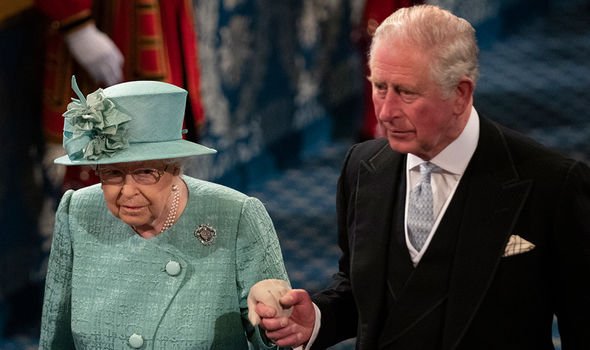 In the video, Prince Harry can be seen speaking to Disney chairman Bob Iger, while Meghan greated Jay-Z and Beyonce.

Harry can be overheard telling Mr Iger: "You know she does voice-overs?"

Mr Iger can be heard replying: "Sure, we'd love to try."

This appears to prove the Sussexes were already planning post-royal life as far back as July last year. 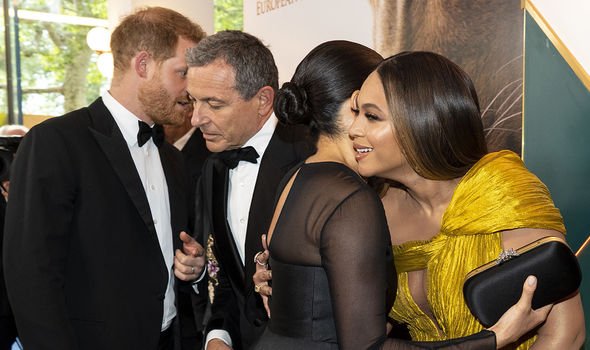 Therefore, their rush to leave the Royal Family could have been because they had already signed up to one or more commitments and were given deadlines for when the projects needed to be completed.

Indeed, it seems to be an odd coincidence that Elephant comes out so soon after Meghan steps down from being a senior royal.

Perhaps the royal couple had been under pressure to leave so that Disney, and perhaps other companies, could release the work they have been involved with.

After tomorrow ‒ March 31 ‒ Meghan and Harry will stop using their HRH titles, and will change their brand from Sussex Royal. 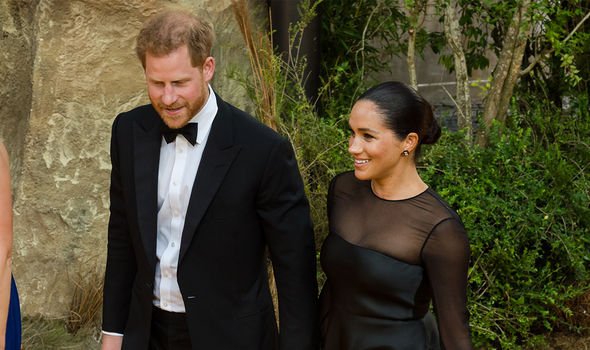 They have also moved to Los Angeles, where Meghan is originally from, instead of staying at their residence in Canada.

The footage showing Harry discuss voice-over work with the Disney chairman in July 2019 notwithstanding, new information suggests their plans date back even further than then.

Meghan was reportedly approached by filmmakers Mark and Vanessa Berlowitz last summer before the premiere asking whether she would consider doing the narration.

According to Hello! Magazine, Harry's conversation with Mr Iger at The Lion King premiere was actually "an inside joke" because they had been working on the voiceover collaboration for some time already. 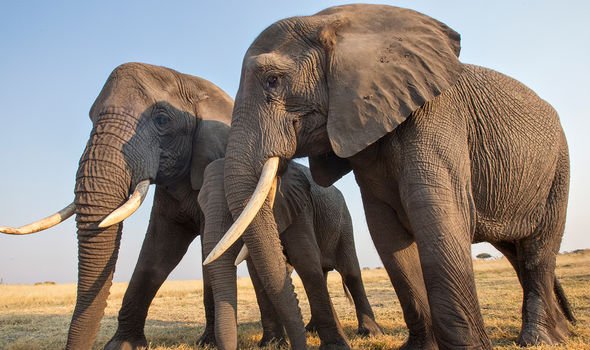 Meghan recorded her narration in London in autumn 2019 and signed on in return for Disney donating to wildlife charity Elephants Without Borders.

The Duchess was originally made aware of the project via mutual friends of the filmmakers, Elephants Without Borders founder Mike Chase, whom she met in Botswana in 2016.

Elephants Without Borders released a statement, saying: "Harry and Meghan's dedication to conservation is inspiring.

"Together we will continue to work to conserve Africa's natural heritage, with a focus on empowering the people who coexist with elephants.

"Everyone at Elephants Without Borders is grateful for their friendship and their unwavering support of our efforts to conserve this iconic species.

"Harry and Meghan have both visited us in Botswana and we have no doubt that their passion and dedication will mean they continue to use their platform to make our world a better place.

"Thank you Meghan. Because of you, this film brings knowledge and information to a global audience which in return brings them closer to elephants. 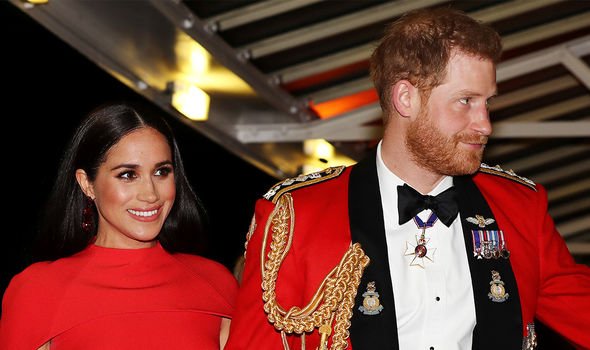 "The impact will be global, reaching schools, more homes and more countries."

Royal expert Omid Scobie claimed that Meghan has no other projects with Disney lined up at this time.

Meghan was of course an actress before she met Prince Harry, best known for her role as Rachel Zane in the TV legal drama Suits.