Type 2 diabetes is a common condition which relates to a persons' disruptions in their blood sugar level.

Thankfully, what a person includes in their diet can help with treatment of the condition and according to health experts adding turmeric will lower your blood sugar.

Turmeric is a spice made from the ground roots of the turmeric plant.

Over the years, turmeric has been recognised for its major medicinal properties.

Turmeric is believed to have a wide range of health benefits which include pain relief and disease prevention.

Curcumin, the active component in turmeric is believed to help a person lower their blood sugar.

Leading health experts believe that turmeric may help to manage high glucose levels in the blood.

The spice was shown to increase insulin sensitivity which leads to lower blood sugar.

Clinical trials on animals have shown great results and leads to suggestions that turmeric could help those living with type 2 diabetes to help manage their blood sugar levels and reduce risk of serious complications. 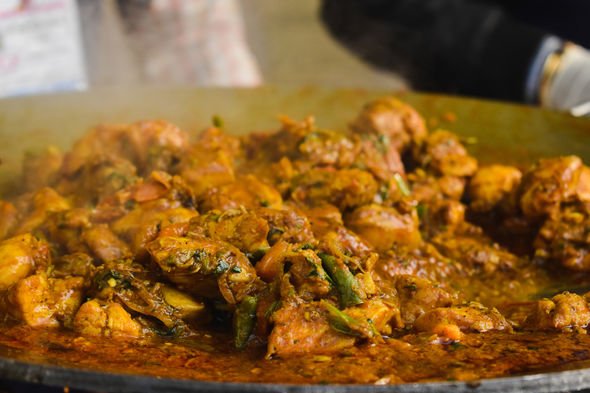 In a study with the US National Library of Medicine National Institutes of Health, curcumin and how it affects diabetes was investigated.

The study noted: "The active component of turmeric, curcumin, has caught attention as a potential treatment for diabetes and its complications primarily because it is a relatively safe and inexpensive drug that reduces glycemia and hyperlipidaemia in rodent models of diabetes.

"The spice turmeric, which is derived from the root of the plant Curcuma longa, has been described as a treatment for diabetes in Ayurvedic and traditional Chinese medicine for thousands of years.

"Recent research has provided the scientific basis for "traditional" curcumin and confirmed the important role of curcumin in the prevention and treatment of diabetes and its associated disorders. Curcumin could favourably affect most of the leading aspects of diabetes, including insulin resistance, hyperglycaemia, hyperlipidaemia, and islet apoptosis and necrosis."

Other studies have suggested that curcumin can help to decrease a person's level of glucose in the blood, as well as other diabetes-related complications.

Researchers found that curcumin may have a role in diabetes prevention.

Turmeric can be added to foods or can be found in over-the-counter supplements.