VITAMIN B12 supports the body's complex architecture - it is needed to make red blood cells, nerves and DNA. Low levels of B12 therefore scuppers the body on several fronts, causing all manner of mental and physical symptoms. One of the more commonly reported side effects is a loss of balance, which causes people to fall over more frequently.

A case report of a previously healthy 55-year-old East African man with severe vitamin B12 deficiency charts his rapid decline over a series of months.

The patient had pernicious anaemia, an autoimmune disease that prevents the body from making intrinsic factor (a protein made by the stomach and needed to absorb vitamin B12 in the intestine).

Over the course of three to six months, he had a history of repeated falls and postural dizziness, among other symptoms.

In another case study, an 86-year-old woman showed functional decline and gait problems.

Other physical symptoms include:

A pale yellow tinge to your skinA sore and red tongue (glossitis)Mouth ulcersPins and needles (paraesthesia)Disturbed visionIrritabilityDepressionChanges in the way you think, feel and behaveA decline in your mental abilities, such as memory, understanding and judgement (dementia)

"Some of these symptoms can also happen in people who have a vitamin B12 deficiency but have not developed anaemia," notes the NHS.

According to the health body, you should see a GP if you're experiencing symptoms of vitamin B12 deficiency.

"These conditions can often be diagnosed based on your symptoms and the results of a blood test," it says. 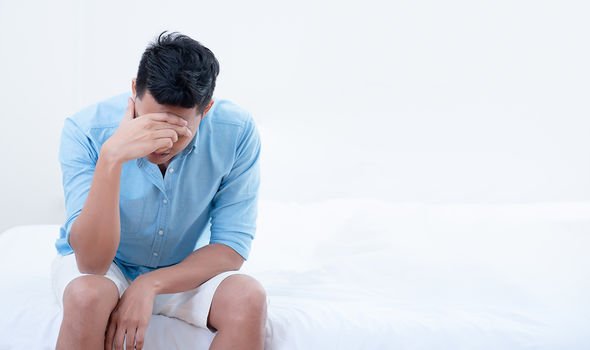 It is also important to get the symptoms checked out sooner rather than later.

"Although many of the symptoms improve with treatment, some problems caused by the condition can be irreversible if left untreated," warns the NHS.

Most people can be easily treated with injections or tablets to replace the missing vitamins.

If your vitamin B12 deficiency is caused by a lack of the vitamin in your diet, you may be prescribed vitamin B12 tablets to take every day between meals, according to the NHS. 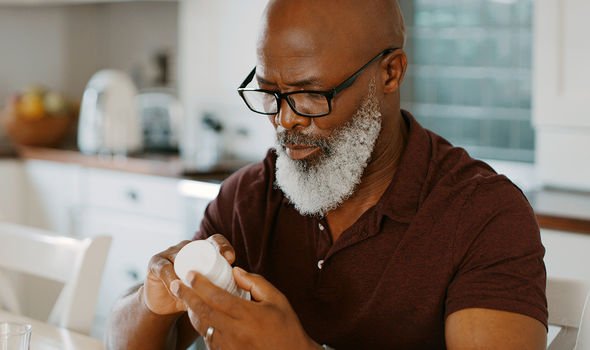 Why do some people struggle to get enough B12 in their diet?

B12 is naturally found in animal products such as meat and dairy so many sources are off-limits for vegans and some vegetarians.

According to the NHS, B12 alternatives include yeast extract (including Marmite), as well as some fortified breakfast cereals and soy products.

"Check the nutrition labels while food shopping to see how much vitamin B12 different foods contain," the health body advises.

You can also get B12 through supplementation if you are vegan.

A standard multivitamin delivers six micrograms - more than enough to cover the average body's daily need, according to Harvard Health.

The health body includes a word of warning about B12 supplementation.

"The Internet is full of articles lauding the use of vitamin B12 to prevent Alzheimer's disease, heart disease, and other chronic conditions or reverse infertility, fatigue, eczema, and a long list of other health problems," the health site explains.

Most are based on poor or faulty evidence, it says, recommending that you take B12 supplement solely to remedy B12 deficiency.