Back in February, Samsung announced successors to its popular Galaxy Buds headphones, known as the Galaxy Buds+. The new wireless earbuds were an iterative upgrade over their predecessor with the biggest improvement being battery life - the Galaxy Buds+ can deliver 11 hours of music playback from the small 'buds themselves on a single charge. Popping them into the charging carry case delivers another full charge and 11 hours of playback.

While the Galaxy Buds+ are great headphones, they drew a bit of criticism for their lack of noise-cancelling, the headline act of Apple's new AirPods Pro.

If you're someone who was disappointed when the Galaxy Buds+ were announced back in February, then you should probably take note of Samsung's latest headphones. AKG, which is owned by Samsung, has stealthily released a new pair of truly wireless buds that have an uncanny resemblance to the Galaxy Buds but do indeed boast noise-cancelling.

Dubbed the AKG N400, the headphones also boast an IPX7 water resistance rating that means they can survive a dunk in water, so you won't have to frantically worry if you accidentally drop them in a puddle when out and about. In contrast, the new Galaxy Buds+ only have an IPX3 rating that protects them against rain and splashes. 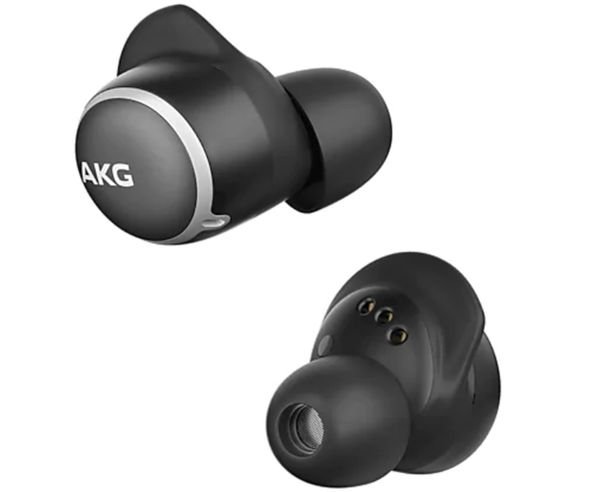 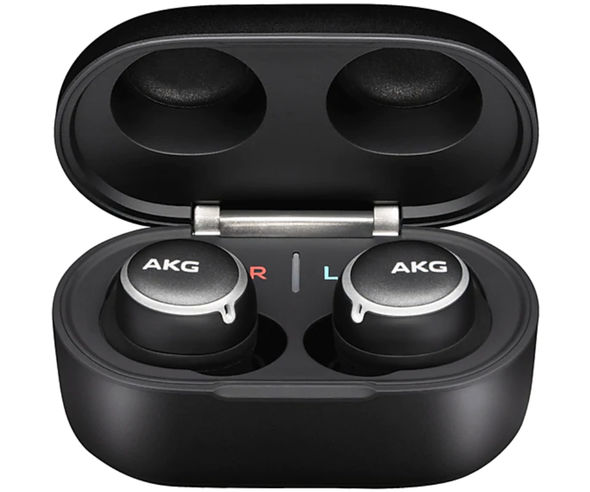 Of course, the noise-cancelling technology of the AKG N400 means the buds have worse battery life than the Galaxy Buds+. On Samsung's page that describes the headphones, it claims you should be able to get 5 hours of audio playback with ANC noise-cancelling enabled and 6 hours without.

The included charging case should give you an extra six hours of listening time. For reference, the AirPods Pro should provide up to 4.5 hours of audio on a single charge but the included case provides an additional 24 hours.

Of course, the AKG N400 can also be charged on a wireless mat if you don't feel like leveraging its USB-C port. The buds also come with support for Bixby, the Google Assistant and Siri.

Samsung's Korean site lists the AKG headphones for 229,000 South Korean won, which translates to roughly £150. There's currently no word from Samsung about whether the buds could make their way to other markets across the globe.

Overall, the AKG N400 seem like a pretty great alternative for Samsung fans that want a pair of truly wireless buds with noise-cancellation rather than extreme battery life. They're certainly much more of a true AirPods Pro rival than the current Galaxy Buds+.

The AKG N400 are available to purchase on Samsung's South Korean site right now and come in black, white and blue colours.