Beverley Callard, 63, is famed for her role in the popular soap Coronation Street playing the character Liz McDonald for a staggering 29 years. The actress also starred in the comedy Two Pints of Lager and a Packet of Crisps. Beverley caught the acting bug at a young age and has since gone on to forge an impressive career playing a variety of characters. In reality, Beverley struggled the most with her own character and revealed how she suffers from depression and will need to take medication for the disease for the rest of her life.

The star had previously revealed that she has been suffering from depression for decades but reached her lowest point in 2016 when medication she'd been taking for 15 years was discontinued.

She has also shared that she once worked for 18 months without seeking help for her condition, which ultimately led to her passing out on the set of Coronation Street.

In an interview with OK! Magazine, she explained: "I was very confident when I first started out, but I lost that when I went through my breakdown.

"I've always said that depression is the curse of the strong, I tried to hide it for so long and it ended up in a breakdown.

"During that time, I would agree to go to an event then on the day I'd get myself into such a state that I couldn't go.

"I was terrified about what people would think of me and I lost all confidence in myself."

The soap star also said that when in the depths of her depression, she found it difficult to talk about it to anyone, making the suffering all the more debilitating.

DON'T MISS
How to live longer: Best drink to boost life expectancy, lower blood sugar and lose weight [TIPS]
Hair loss treatment: The natural extract proven to boost hair growth with no side effects [TIPS]
Vitamin B12 deficiency symptoms: One sign of the condition when you go to the toilet [TIPS]

Depression is more than simply feeling unhappy or fed up for a few days, explained the NHS.

The health body continued: "Most people go through periods of feeling down, but when you're depressed you feel persistently sad for weeks or months, rather than just a few days.

"Some people think depression is trivial and not a genuine health condition.

"They're wrong – it is a real illness with real symptoms.

"Depression is not a sign of weakness or something you can ‘snap out of' by ‘pulling yourself together'." 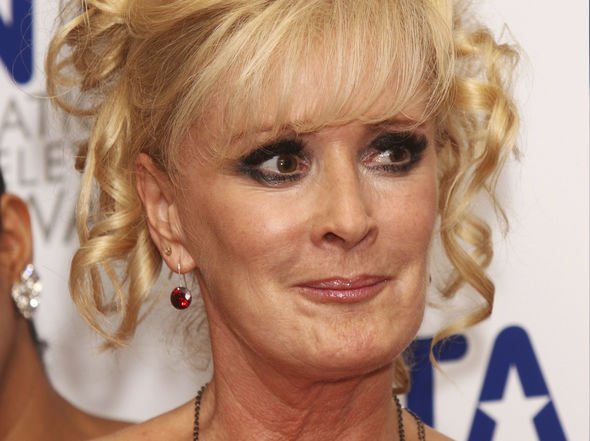 What are the symptoms of depression?

Mind.org lists the common symptoms associated with the disease which include:

"It's really weird, but when you're in the depths of it you can't talk about it," Beverley said in an interview with Daily Star Sunday.

She added: "You can only talk about it when you've got better."

"So, I wouldn't be able to discuss anything if I wasn't well.

"But once I've recovered, I can try to champion the cause to help other people going through the same thing."

For confidential support call the Samaritans in the UK on 116 123 or visit a local Samaritans branch.