Coronavirus patients are dying as hospital staff can't cope with the influx of people suffering dire consequences from infection. Now there's a "milestone" vaccine that is under development.

There are at least 20 vaccines being developed around the world, at this present time, to help tackle the global pandemic.

Made by Oxford University and US company Inovio Pharmaceutical, the World Health Organisation (WHO) have permitted the potential vaccines to be tested on animals.

The two potential vaccines were chosen by the Coalition for Epidemic Preparedness Innovations.

Australia's Commonwealth Scientific and Industrial Research Organisation (CSIRO) says the tests will be the first comprehensive pre-clincial trials of vaccines to use an animal model.

The CSIRO team have inserted vaccine samples into ferrets – who have been shown to pick up the virus the same way humans do.

One of the potential vaccines, created by Oxford University, uses a "defective" virus to introduce the proteins of SARS-CoV-2 thereby allowing the immune system to respond to a weaker version.

This is in the hope that the body then builds an immunity against the disease.

Professor Trevor Drew, director of the Australian Animal Health Laboratory in Victoria, where the vaccine is being tested, assured the public by stating: "They're not able to replicate... so there's no possibility of becoming ill through this particular vaccine."

The other potential vaccine, created by Inovio Pharmaceutical, takes on a different approach.

DON'T MISSCoronavirus: How to relieve shortness of breath at home due to major shortage of inhalers [EXCLUSIVE]Coronavirus: Having this feeling when you arise could be a warning [INSIGHT]Coronavirus: The sign in your nose signal you have COVID-19 [TIPS]

Professor Drew continued: "It's very important to take a multi-pronged approach to this."

The test results may be revealed by June and, if successful, the vaccines could then move onto clinical trials elsewhere.

When producing a vaccine, it's paramount to ensure its safety to the public.

This is why vaccines can take so long from inception to being rolled out at GP surgeries. 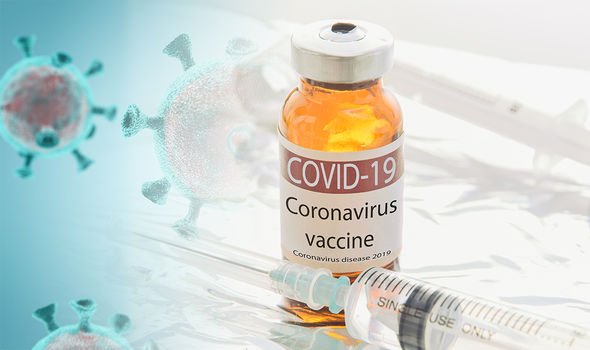 Given the unprecedented global scale of SARS-CoV-2, researchers have been working around the clock to develop a safe vaccine.

Dr Rob Grenfell, from CSIRO, said: "Normally, it takes about one-to-two years to get to this point.

"And we've shortened that to a period of a couple of months."

He explained: "All of the [vaccine] candidates actually have a multitude of other companies and organisations involved, because no single organisation can actually produce a vaccine." 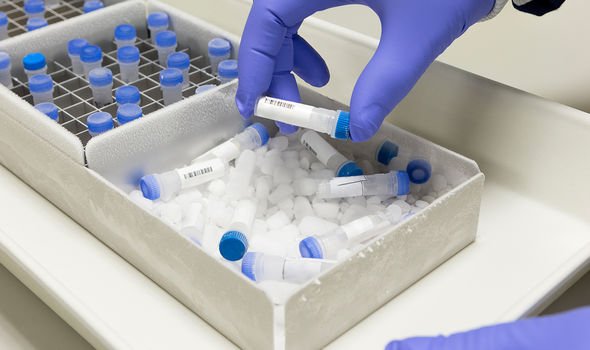 Pleased with the development so far, Dr Grenfell concluded: "This is a true collaboration across academic, public, and also private sectors to in fact actually achieve success at this point."

Although various vaccines are being trialled around the world, experts want that one available to the public could take as long as 18 months.

With the UK reaching the peak of the pandemic, many more lives will be lost.

However, social distancing measures are, hopefully down the line, flattening the curve – resulting in less people dying overall.