A new study published on bioRxiv in September 2020 reported on the effects of the mutated virus. It's thought the mutation took place early in the course of the pandemic, and superseded most local strains.

The research group wanted to understand how the spike protein mutation affected the virus-host interactions.

In addition, they looked at the viral fitness by going ahead with animal testing.

They observed how the virus affected hamsters' upper airways and "neutralisation susceptibility".

The aim of the experiment was to understand "the role played by this mutation in the transmission of the virus".

As well as "the effectiveness of various vaccines, and of convalescent antibody-rich plasma".

The global pandemic has caused lots of people to lose their lives all over the world.

In the UK alone, the Government has stated there have been a total of 41,527 coronavirus-related deaths.

A severe infection with COVID-19 has been linked to an unregulated immune response, with excessive and systemic inflammation.

Focusing on the spike protein, researchers have discovered the mutation – believed to have taken place in March – encodes amino acids of a different sort.

The spike protein is "key for viral entry into the host cells via the angiotensin-converting enzyme 2 (ACE2)".

DON'T MISSCoronavirus symptoms update: Do you experience this after resting? Warning sign [SYMPTOMS]High blood pressure symptoms: The smelly symptom that may signal your reading is too high [INSIGHT]Stomach bloating: Take this herbal supplement to restore your gut health [TIPS]

"Such mutations may cause alterations in the host range, pathogenesis and tissue tropism," the researchers noted.

Three accompanying mutations were identified too, but the D6146 mutation has become the most dominant.

This suggests it may have developed a "fitness advantage", including "infectious potential".

Such a notion was supported, as the mutant is "associated with higher viral loads in COVID-19 patients". 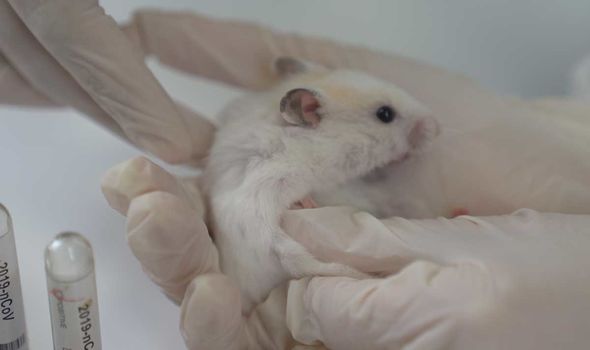 In the experiment, they used "wild type virus with the spike mutation to infect a cell culture" - primarily human airway 3D tissue and experimental hamsters.

This means that specific mutation was found to be more infectious than other mutated coronaviruses.

It was noted that the G614 virus was around "2.4 times" more infectious than the others within 48 hours. 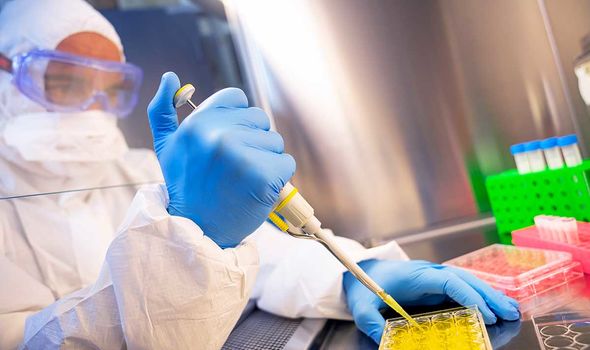 It was also confirmed that the mutation "increases neutralisation susceptibility".

Importantly, this preliminary scientific report hasn't yet been peer-reviewed.

Thus, these findings shouldn't be regarded as conclusive or to guide clinical practice.