Coronavirus has been said to cause dire consequences to the respiratory system. Common symptoms of the virus include a high temperature and a new, continuous cough. But even after recovery from the virus, scientists now suspect that some patients could suffer long-term physical damage, particularly in the lungs. What are the lasting effects on the lungs after recovery from COVID-19?

Experts thus far have been cautious discussing what the long-term ramifications could be after surviving the deadly virus and what damage is left in the lungs.

Only recently virologist Christian Drosten drew attention to what long-term symptoms may occur even after healing from a severe course of infection.

Dr Drosten said on his daily NDR podcast: "Over a month after hospital discharge, patients are still generally weak, especially those who have had more severe courses.

Lung function also does not appear to be good after surviving a severe infection."

Coronavirus: How to relieve shortness of breath at home due to major shortage of inhalers [EXCLUSIVE]

Coronavirus: Having this feeling when you arise could be a warning [INSIGHT]

Coronavirus: The sign in your nose signal you have COVID-19 [TIPS]

A 3D scan showed the difference between affected and unaffected lung tissue in different colours. Chief physician Keith Mortmann the scan revealed that the virus is not limited to just one place in the lungs but rather its an attack on several parts of the lungs.

When a lung is infected with COVID-19 a build up of inflammation forms. If the inflammation does not subside it leaves scar tissue in the lungs and such tissue damage could cause permanent breathing difficulties long after recovery, according to US doctors.

The doctors also described the discovery as unsettling due to the examined person is not classed as a risk patient to begin with.

This means that long-term damage could also threaten other recovered people with no previous illness. 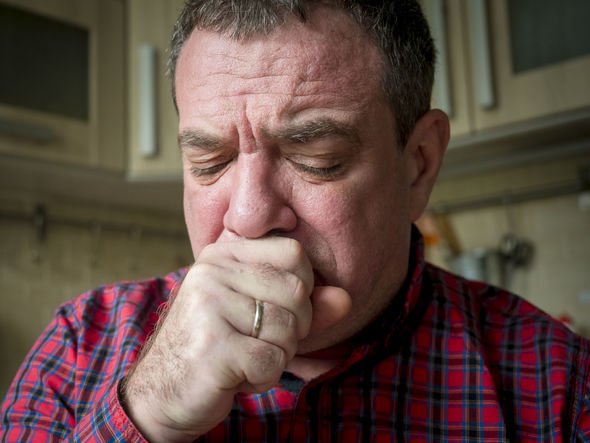 However, there was some light at the end of the tunnel with other experts such as the doctor and medical journalist Dr Christoph Specht who warned about making quick conclusions about lasting damage.

The question of whether the lungs are only temporarily damaged or whether their function is irreversibly restricted, can't be answered with reliable studies just yet and this is due to the novelty of the virus.

Overall, it is questionable how many corona patients will be affected by consequential damage to the lungs.

The figures from China which were available to the Robert Koch Institute (RKI) showed that tissue damage in a large part of the lungs was detected in 14 percent of the patients.

Another important element of the COVID-19 lasting damage is the extent to which people who are already ill are immune to the coronavirus in the long term.

Melanie Brinkmann, a virologist at the Helmhotz Institute said: "We know that the patients have an immune response, but we don't know how long this is sustained.

We have only known the virus since mid-January." Currently the thesis is not yet certain regarding long-term damage and repeated infection.

However, antibodies to the virus were found in recovered patients giving some hope.

Previous results from tests on monkeys also show that after an initial infection with the virus there was no further infection, even though the animals had come into contact with a multiple of the virus.