Even though dementia will not feel the same to everybody, there are commonalities people share who have the disease – and these are a handful of symptoms.

Mild cognitive impairment can be demonstrated in a number of ways on a day-to-day basis.

For instance, the NHS noted how people with dementia are likely to find it hard to carry out familiar daily tasks.

An example of this can take place at the local convenience store – are you getting confused over the correct change?

What used to be second-nature – adding on £1 so that you get a note of change back – is now hard to think of.

Other common signs of brain damage include confusion over time and place – a feeling of disorientation may become more frequent.

It can become difficult to concentrate, or to follow a conversation, or to find the right word to describe an object.

Typically, mood changes can become apparent, but the sufferer may not notice anything different at all.

The national health body added that the most common cause of dementia is Alzheimer's disease.

Symptoms of this condition extend to difficulty with numbers and handling money in shops.

This could potentially add to emotional issues, such as becoming withdrawn or anxious.

What once used to be a casual pop to the shop can become very difficult emotionally as you struggle to pay for things correctly.

DON'T MISSDementia warning: Does this describe your sleeping pattern? You may be at a higher risk [INSIGHT]High cholesterol warning: Do your eyes look like this? Subtle sign of heart attack risk [SYMPTOMS]
How to lose visceral fat: Want to lose belly fat? Drink two cups of this milk every day [TIPS]

Other behavioural changes include asking questions repetitively, and becoming confused in unfamiliar environments.

A person with this specific brain disease may find it increasingly difficult to plan and organise tasks.

The second most common cause of dementia is known as vascular dementia, whereby memory loss isn't as prominent. 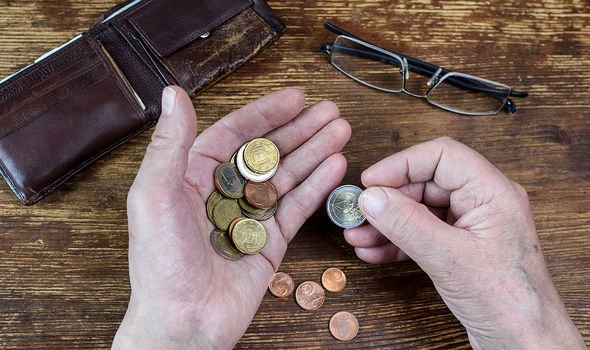 Instead, a person with this condition may experience muscle weakness to temporary paralysis on one side of the body.

There can be movement difficulties, such as struggling to walk or a change in how they walk.

Then there's dementia with Lewy bodies, where people tend to experience visual hallucinations.

A visual hallucination is when you see something that isn't really there. 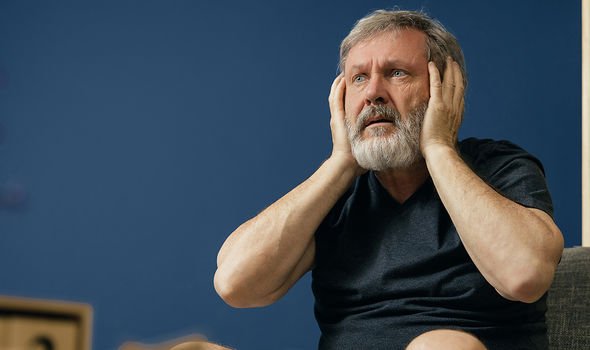 People with dementia with Lewy bodies may also suffer from sleep disturbances.

Another kind of dementia is called frontotemporal dementia, mostly diagnosed in people aged 45-65.

Warning signs of this condition include personality changes, such as a reduced sensitivity to other people's feelings.

Another symptom of this disease is the lack of social awareness – making inappropriate jokes, for example.