Dementia is the name given to a group of symptoms linked to an ongoing decline in brain function. You could lower your risk of the neurodegenerative condition by simply avoiding six key foods, it's been claimed.

There are a number of different types of dementia, and the most common in the UK is Alzheimer's disease.

Making some small lifestyle changes could lower your chances of developing Alzheimer's in later life.

One of the easiest ways to limit your dementia risk is to avoid red meat, butter and cheese, it's been claimed.

The MIND diet is simply a combination of the famous Mediterranean diet plan, as well as the DASH diet (Dietary Approaches to Stop Hypertension).

It's been carefully formulated to maintain the health of the brain, while limiting the risk of cognitive decline.

"There is still much we do not know about the relationship between food and dementia, but much research exists to support the fact that what we eat is especially important for brain health," said Dr Lee.

She told Express Health: "One of the key strategies to reduce dementia is to improve nutrition.

"The MIND diet lists 10 healthy foods, and five unhealthy foods, which have all been selected with strong scientific evidence of their benefits or harms, for brain health.

"Although the MIND diet is similar to the Mediterranean diet, it differs in that - The MIND diet strongly recommends a high consumption of leafy green vegetables, which has been shown to reduce cognitive decline, rather than fruit." 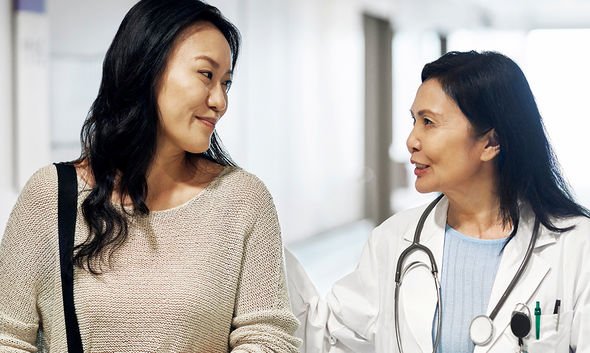 People that strictly adhere to the diet plan could lower their risk of Alzheimer's by up to 53 percent, scientists claimed.

Berries are one of the most important aspects to the MIND diet, added Lee.

Adding more berries to your diet could improve spatial awareness and motor function, due to their high concentration of antioxidants.

There's no certain way to prevent dementia from developing, but there are ways to lower your risk, said the NHS.

Eating a healthy, balanced diet should help to lower your chances of developing dementia.

It's also important to do enough exercise. Everyone should aim to do at least 150 minutes of moderate-intensity activity every week.

There are around 850,000 people in the UK with dementia, and the condition affects one in every six people over 80 years old.