WhatsApp has seen usage surge amid the ongoing public health crisis. As people increasingly turn to the Facebook-owned messaging service to keep in touch with friends and family while maintaining the socially distancing rules enforced by governments across the globe, WhatsApp has purportedly seen a leap of 40 percent in usage. And that rises to a 51 percent increase in countries in the late phase of the pandemic, like Italy and Spain.

The largest spike was seen in Spain, where the amount of time spent on WhatsApp rose 76 percent. The figures were published by market research firm Kantar and haven't been collaborated by WhatsApp, so it's worth taking with a small pinch of salt.

However, WhatsApp was already the most popular messaging service on the planet with more than two billion users, so it makes sense that people locked inside their homes to stop the spread of the potentially fatal virus would turn to the service to reach out to friends and family.

Meanwhile, in China, the first nation to experience the novel coronavirus outbreak, social media rivals like WeChat and Weibo have seen a 58 per cent increase in usage as people continue to talk to friends and family from quarantine in their homes.

READ MORE
Is Houseparty safe? Has it been hacked? And if not, why are YOU being told to delete it? 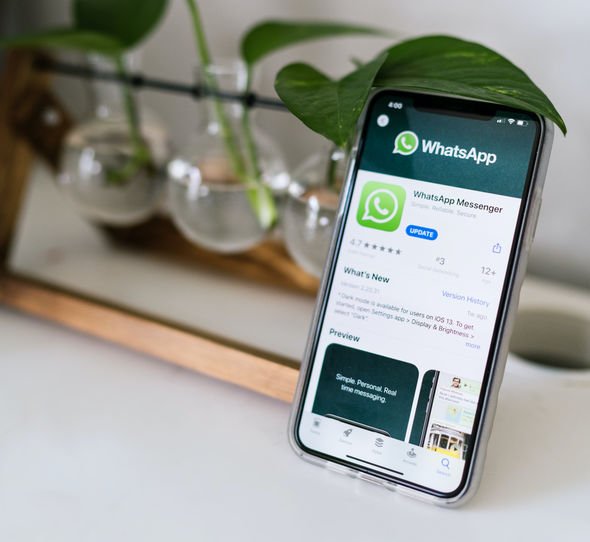 The data collected by Kantar shows a substantial rise in usage across all social media platforms. But it has been most pronounced among 16 to 34-year-olds. In this age group, WhatsApp, Facebook and Instagram were the biggest winners. Interesting, all three of these applications are owned by Facebook – meaning the Californian company could be set to report huge growth during the global pandemic.

In order to reach the vast audiences using these apps, the Government has deployed a number of methods.

Apple's App Store and Apple Music, as well as Spotify, Google Play Store, Facebook and Twitter are all hosting a short video message from the Chief Medical Officer Professor Chris Whitty with the latest advice. If you've missed it, the UK Government is advising people to stay home at all times – to work from home where possible and only leave for essential trips to shop for food, medicine, or exercise once a day.

UK broadcasters and radio stations have also reported a surge in audience numbers. As you might expect, the number of people tuning into news shows during the crisis has skyrocketed as people rush to find out the latest Government advice and public health recommendations.