Andrew 'Freddie' Flintoff, 42, joined Paddy McGuinness to host the BBC One show 'Total Wipeout: Freddie & Paddy Takeover' on Saturday night (7.05pm). The former England cricketer has explained that he had a mental health condition during the latter years of his career.

Freddie burst onto the cricket scene in 1995, and made his England Test debut in 1998.

He is considered to be one of England's finest ever cricketers, after excelling with both the ball and the bat.

But, Freddie has previously explained that he had depression for the final years of his cricket career.

During the 2007 World Cup, Freddie revealed that he couldn't stop thinking about retirement, but didn't understand why.

He struggled to switch off from the game, and admitted to drinking more alcohol.

Just months earlier, Freddie struggled to get out of bed during the 2006 Ashes series.

He also didn't want to see anyone, despite captaining England, and admitting to be financially successful.

"The whole time I was on the field and throughout that World Cup all I could think about was that I wanted to retire," he said during a 2012 BBC One documentary 'Hidden Side of Sport'.

"I didn't understand what was happening to me. I knew when I got back to my room I couldn't shut off, which is why I started having a drink. It got to the stage where I was probably drinking more than I should.

"All I wanted was for the doctor to tell me what was wrong but no one suggested it was depression. There's a certain sense of shame when I remember sitting in the dressing room after winning a one-day international in the West Indies. 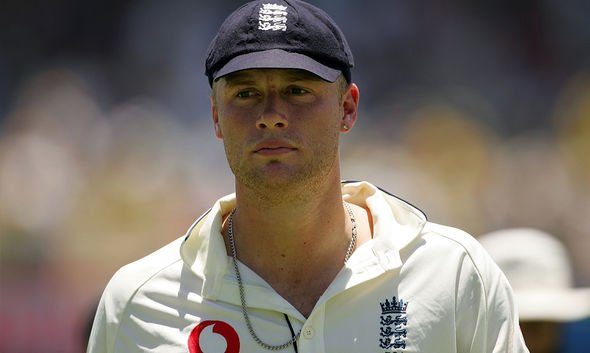 Depression is a condition that causes a persistent low mood, which affects your everyday life.

It can vary between having a low morale, to feeling suicidal, and the condition may be life-threatening.

The most common symptoms of depression include feeling upset, empty, numb, or isolated, according to charity Mind.

The symptoms may subsequently cause you to miss social events, or feeling persistently tired.

If you're worried that you may have depression, you should consider speaking to your GP.

There are a number of different treatments that have been found to help with the mental health condition.

Talking treatments, including cognitive behavioural therapy and interpersonal therapy, are both effective in treating depression.

But, there is medication available that may also relieve your symptoms.

For confidential support, call the Samaritans in the UK on 116 123 or visit a local Samaritans branch.