High blood pressure is the catalyst for many serious health problems yet it often goes undetected. When the force of blood pushing against your artery walls is consistently too high, it can cause them to narrow, rupture or leak. This can allow fatty plaques called cholesterol to build up in your arteries - a precursor to heart disease.

What's more, as Mayo Clinic explains, high blood pressure can cause blood clots to form in the arteries leading to your brain, thereby blocking blood flow and potentially causing a stroke.

Without visible warning signs, these harmful mechanisms often go undetected; this is why high blood pressure has earned the infamous title "silent killer".

Neuroscientists at Oxford University have found that raised blood pressure and diabetes in mid-life alter brain structure to slow thinking speed and memory.

Looking at results from 22,000 volunteers in the UK Biobank who underwent brain scanning, the scientists found that raised blood pressure and diabetes significantly impaired the brain's cognitive functions, specifically the performance of thinking speed and short-term memory.

Masud Husain, Professor of Neurology and Cognitive Neuroscience at the Nuffield Department of Clinical Neurosciences and lead investigator of the study, said: "For blood pressure, every mm of pressure in your arteries counts – even in people who aren't on any treatment.

"For people who are on treatment, systolic blood pressures above 140 mm were associated with lower cognitive performance. The higher the pressure, the worse it is."

What is systolic blood pressure?

Systolic blood pressure (the first number) – indicates how much pressure your blood is exerting against your artery walls when the heart beats.

It is regarded by health bodies as the more important number because it gives your best indicator of having a heart attack.

The study, published in Nature Communications, shows the effects of blood pressure were strongest in people aged 44-69.

Whereas in people aged above 70, the level of pressure did not have such an impact on the brain's cognitive function. 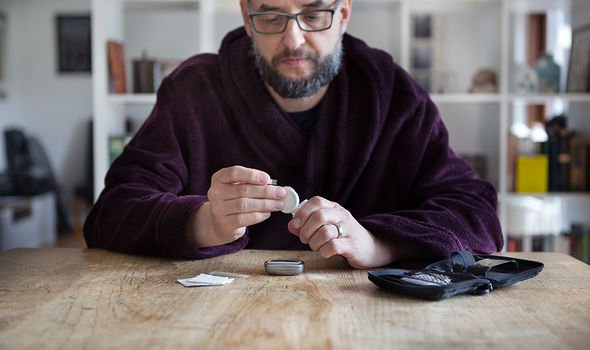 These effects appear to be mediated by alterations in brain structure that were detected using new MRI brain scanning analysis techniques.

The brain changes occurred in people with high blood pressure and diabetes, who were otherwise healthy individuals.

Some researchers have previously shown that blood pressure and diabetes in mid-life can increase the risk of developing dementia later in life.

The new findings of the Oxford group reveal that these factors can also have a direct impact on cognitive performance in mid-life. 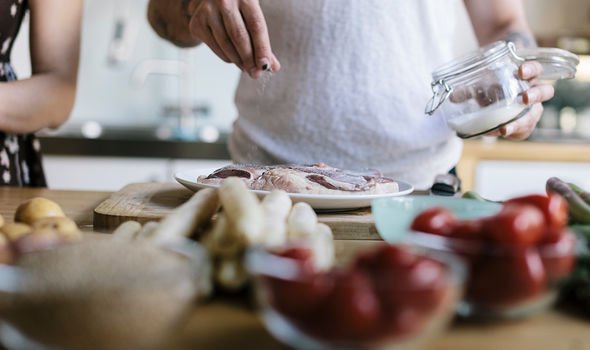 Dr. Michele Veldsman, Postdoctoral Research Scientist in Cognitive Neurology at the Department of Experimental Psychology and co-author of the study, said: "The MRI scans show that raised blood pressure and glucose seem to alter both the grey matter and the white matter connections in the brain."

How to lower high blood pressure

Simple lifestyle changes can help reduce high blood pressure, although some people may need to take medicine as well.

According to the NHS, some of these will lower your blood pressure in a matter of weeks, while others may take longer.

The healthy body says to:

Cut your salt intake to less than six grams (0.2oz) a day, which is about a teaspoonfulEat a low-fat, balanced diet – including plenty of fresh fruit and vegetablesBe activeLose weightDrink less caffeine – found in coffee, tea and colaStop smoking.