It's undeniable that when it comes to living a long and healthy life, everyone wants to know the magical secret. Much emphasis is put on one's diet and foods, however, according to Ayurvedic practices, a certain drink may be key. Sugarcane juice is said to help protect against cancer, promote bowel movements, reduce wrinkles and boost longevity.

Benefits of sugarcane juice are aplenty, and it is also considered extremely nourishing and considered to be a real goldmine of health according to doctors, nutritionists and the school of Indian traditional medicine.

Sugarcane juice is a sweet, sugary beverage commonly consumed in parts of India, Africa, and Asia.

As this drink becomes more mainstream, it's being marketed as an all-natural beverage with a wide range of health benefits including helping to boost longevity.

Sugarcane juice is rich in antioxidants, so it helps fight infections and boost immunity.

It's also rich in iron, magnesium, calcium and other electrolytes so it's great for dehydration.

It helps cure the common cold and other infections and also fights fever as it boosts the body's protein levels.

Regular intake of sugarcane juice may help in preventing something as grievous as cancer, especially breast cancer and prostate cancer.

There have been studies indicating the positive effects of sugarcane juice in reducing and inhibiting the impact of cancerous cells.

In a study published in the US National Library of Medicine National Institutes of Health, the induction of apoptosis in leukemia cells by naturally fermented sugar cane vinegar was investigated. 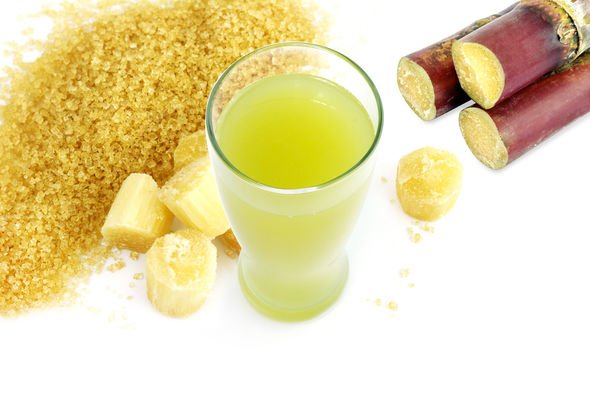 "For the elucidation of food factor for cancer prevention contained in naturally fermented vinegar, the induction of apoptosis in human leukaemia cell HL-60 was investigated.

"These results led us to the consideration that active components in sugar cane juice could be converted to more lipophilic compounds with activity to induce apoptosis in HL-60 by microbial fermentation with yeast and acetic acid bacteria."

The juice has also been linked to having strong alkaline properties which means it's good for treating acidity and stomach burns.

The presence of antioxidants, phenolic acid and flavonoids found in sugar cane juice helps in moisturising the skin and making it soft and glowing from inside, which also helps in reducing the wrinkles.