When trying to find ways to live healthier and halting the ageing process, one should look to other countries who have impressive lifespans. According to the World Health Organisation (WHO), Japanese citizens have the longest lifespan due to their diet and special drinking habits. A miracle green matcha tea is a favourite amongst the Japanese as it helps to slow down the rate of ageing, prevent certain diseases, keeps the body working in tip top manner and helps to boost longevity. How?

The history of matcha was born almost a thousand years ago when the Tang Dynasty ruled China.

During that time green matcha tea leaves were powdered to help them to form into bricks.

In this way, the green tea harvest was easier to transport and could be a valuable substitute for raw material.

Matcha green tea bricks were made by mixing the ground green powder with water and salt.

Matcha contains high levels of vitamins and minerals including vitamins A, B, C and E.

It also contains dietary fibre, zinc, potassium, calcium, sodium, and iron all of which is known to help boost longevity.

Matcha is a type of green tea made by taking young tea leaves and grinding them into a bright green powder.

The powder is then whisked with hot water. This is different from regular green tea, where the leaves are infused in water, then removed.

Drinking brewed green tea "is a bit like boiling spinach, throwing away the spinach and just drinking the water," says Louise Cheadle, co-author of The Book of Matcha.

"You will get some of the nutrients, but you're throwing away the best bit, however, with matcha, you're drinking the whole tea leaves.

The benefits of drinking of matcha are impressive and include: 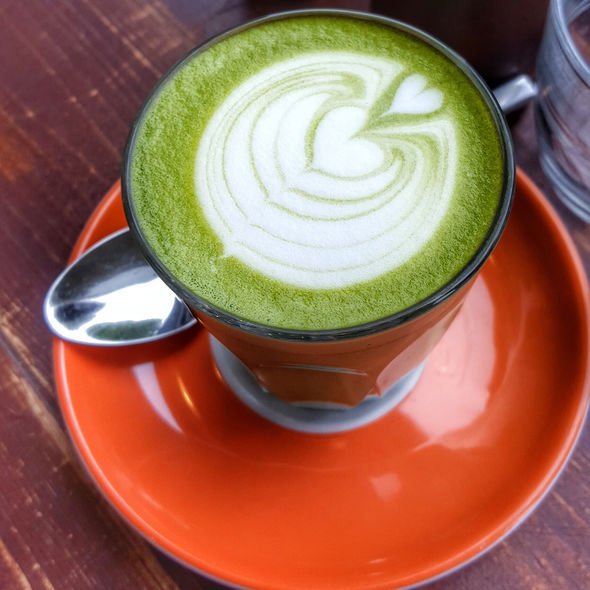 Increased cholesterol level is a risk factor for heart diseases, stroke, and other arterial diseases.

Some studies state that the contents in matcha tea could potentially reverse the effects of diabetes.

In a study published in the US National Library of Medicine National Institutes of Health, the effects of

The Effects of Green Tea on Obesity and Type 2 Diabetes was analysed.

It continued: "Green tea is one of the world's most popular beverages, especially in Asian countries including Korea, China, and Japan.

"Because of the high rate of green tea consumption in these populations, even small effects on an individual basis could have a large public health impact.

"Various studies have shown the beneficial effects of green tea, not only on cardiovascular diseases but also on obesity and type 2 diabetes itself.

In a retrospective cohort study performed in Japan, a 33 percent risk reduction of developing type 2 diabetes was found in subjects consuming six or more cups of green tea daily."

The study concluded that evidences from epidemiological studies suggest the possibility of green tea being a novel strategy for treatment or prevention of obesity and diabetes.