The secret to long life expectancy lies in the details. Tiny tails at the ends of chromosomes called telomeres erode with age but can be lengthened. Deep inside a person's cell's DNA-based clocks slowly tick away and determine one's "biological age." By tweaking this cell, could humans be able to boost their longevity? Researchers from Korea Advanced Institute of Science and Technology were able to dial up and down creatures' lifespans by altering protein activity levels.

The enzyme "tweaked" by researchers allows roundworms to convert sugar into energy when cellular energy is running low - the team found a way to "control it". Humans also have these proteins, offering up the possibilities of developing longevity-promoting drugs, according to the researchers.

The roundworms used in the study experienced a boost in longevity when researchers tinkered with a couple of proteins involved in monitoring the energy use by its cells.

Using a range of different biological research tools, including introducing foreign genes into the worm, a group of researchers were able to dial up and down the activity of the gene that tells cells to produce the VRK-1 protein.

Control worms lived about 16.9 days on average — typically roundworms only live about two to three weeks.

However, the first line of worms who had elevated levels of VRK-1 lived about 20.8 days.

A second line lived about 23.7 days on average. Seung-Jae Lee is a professor at the Korea Advanced Institute of Science and Technology and the paper's senior author.

He spoke of how longevity could switch by activating "a key cellular energy sensor and anti-ageing protein" called AMPK.

The key to activating AMPK is VRK-1 and this enzyme is found in worms but also has a close relative in human cells.

"We showed that the activation of AMPK by VRK-1 occurs in human cells as well as in the roundworm C. elegans," says Professor Lee. 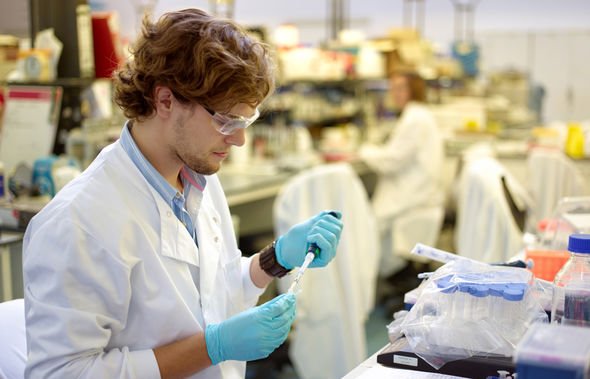 "Therefore, it is possible that this mechanism can be applied to promoting human longevity in the future." Metabolic disorders involve the disruption of chemical reactions in the body, including diseases of the mitochondria.

But before metabolic disorder therapeutics or longevity drugs can be contemplated by scientists, further research still needs to be carried out to better understand how VRK-1 works to activate AMPK, the team explained.

They said they also need to figure out the precise mechanics of how AMPK controls cellular energy.

The study team notes that inhibiting mitochondrial respiration "increases life span in Drosophila and mammals" though some scientists argue that this is part of a bigger, more complicated picture.

This is only a small experiment on roundworms and a few human cells.

To really prove that VRK-1 can trigger these longevity-related changes in AMPK, the team will have to replicate their findings in other mammals, like mice.

Though mouse studies are still steps away from human ones, they provide clearer parallels to human beings that worm studies do, says Lee.