Lung cancer is one of the most serious types of cancer to be diagnosed, as it's usually difficult to spot until it has spread to other parts of the body. You could be at risk of the disease if you develop a persistent scratchy sound in your voice, it's been revealed.

One of the key symptoms of lung cancer is having unexplained hoarseness.

Hoarseness is one of the most common signs of the deadly disease, according to medical website Patient.info.

It may be caused by a tumour directly pressing down onto the vocal cord.

You may have a hoarse voice if the pitch or quality of your voice changes.

Some people also find that they develop a scratchy or husky tinge to their voice when they start speaking.

"The symptoms of lung cancer can vary between different people," it said.

"Many people do not have symptoms in the early stages and lung cancer may be diagnosed when a chest X-ray is performed for a different reason.

"Initial symptoms of lung cancer may include one or more of the following: Persistent cough, weight loss, tiredness and loss of energy, [and] hoarse voice.

"If the cancer spreads to other parts of the body, various other symptoms can develop such as bone pain or swelling of the neck or above the collarbone." 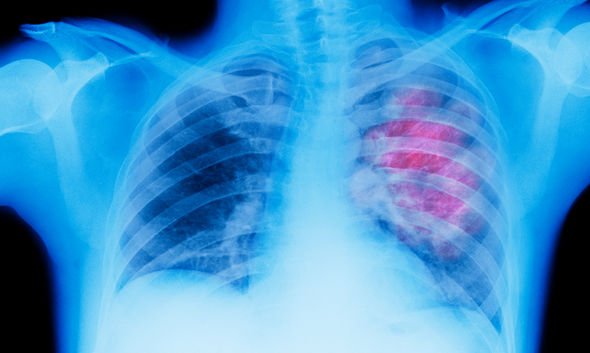 But just because you develop a hoarse voice, it doesn't necessarily mean that you have lung cancer.

Hoarseness could be caused by a variety of different conditions, including a virus, a growth on the vocal cords, or even acid reflux.

You should speak to a doctor if your voice doesn't return to normal after a few weeks.

Hoarseness is more likely to be caused by lung cancer if it's accompanied by some of the more common signs of the disease.

A cough is the most common symptom of lung cancer, but it could also cause shortness of breath, chest pain, and extreme fatigue.

The outlook for lung cancer isn't as good as other types of cancer, because the symptoms are usually only spotted in its later stages.