Lung cancer is one of the most serious types of cancer to be diagnosed, as it's usually difficult to spot until it has spread to other parts of the body. You could be at risk of the disease if you develop a persistent nauseous feeling, it's been revealed.

You may be at risk of lung cancer if you've developed unexplained nausea, it's been claimed.

Some lung cancer patients may find that they feel unusually queasy, with no obvious cause.

The feeling may feel like persistent nausea, or a belly ache that simply won't go away.

It's likely to be caused by a condition known as hypercalcaemia, which is where there's excess calcium in the blood.

Around 10 percent of all lung cancer patients develop hypercalcaemia, according to medical website WebMD.

"In its early stages, lung cancer doesn't typically have symptoms you can see or feel," it said.

"Later, it often causes coughing, wheezing, and chest pain. But there are other, lesser-known effects that can show up, too - in places you may not expect.

"One or two of every 10 people with cancer develop high calcium levels, a condition called hypercalcemia. Too much calcium in your blood can give you belly aches and make you queasy or constipated. You may not feel like eating and be really thirsty.

"Another hormone-like substance that some tumours make will mess with your kidneys, causing cramps and nausea." 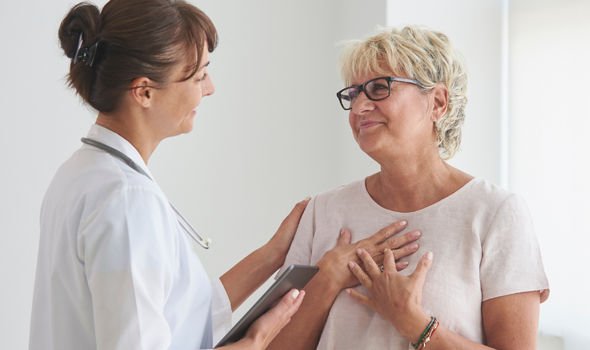 But just because you're feeling nauseous, it doesn't necessarily mean that you have lung cancer.

Nausea could be linked to a number of different conditions or causes.

It may be caused by an infection, food poisoning, or even acid reflux.

You can usually treat nausea at home, but you should speak to a doctor if you're not feeling better after a few days.

The outlook for lung cancer isn't as good as other types of cancer.

That's because the symptoms are usually only spotted in its later stages.