Chronic mucus-producing coughing, wheezing, chest tightness and shortness of breath are symptoms of chronic obstructive pulmonary disease (COPD). Do you have this risky lung condition?

This is inflammation and irritation of the bronchial tubes, explained MedlinePlus.

Bronchial tubes are the airways that carry air to and from the air sacs in your lungs.

The irritation of the tubes causes mucus to build up, making it harder for the lungs to move oxygen in and carbon dioxide out of the body.

The Mayo Clinic explained emphysema occurs when the air sacs are damaged, whereby the inner walls weaken and rupture.

This reduces the surface area of the lungs, which decreases the amount of oxygen that reaches the bloodstream. 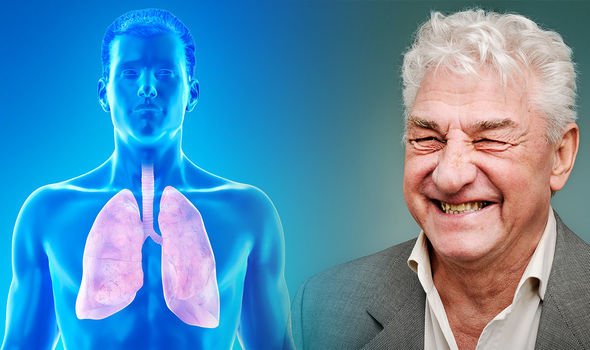 Smoking is the most common cause of COPD development – another good reason to stub it out for good.

This health condition worsens over time, meaning a person's ability to carry out physical tasks will become arduous.

Other signs of COPD include fatigue, weight loss and swollen ankles – and the condition is irreversible.

Permanent damage to the lungs is the sad reality of the condition, which has been linked to lung cancer.

Not everybody with COPD will develop lung cancer, but having the condition does increase your risk.

A research paper, published in the European Respiratory journal noted that "early detection of COPD is important for lung cancer surveillance".

They stated COPD is "a significant risk factor for lung cancer", and worsens the outlook of the deadly disease.

To demonstrate, they found that 92 percent of people with stage 1 lung cancer survived up to five years from their diagnosis. 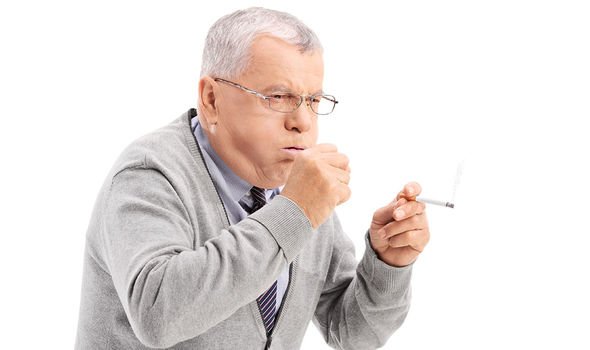 However, for people with COPD, this survival chance decreased dramatically.

Only 77 percent of people with stage 1 lung cancer survived up to five years from their diagnosis if they had COPD.

To slow down the progression of COPD, one must stop smoking altogether - and medicated inhalers may be prescribed.

A smoker's cough could be a sign of COPD, so it's imperative not to ignore it. 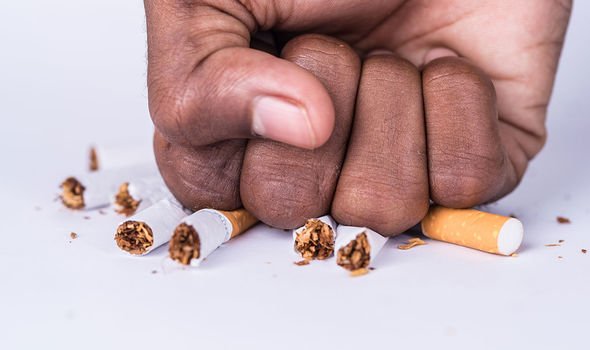 This health hazard may shorten your life, and one should take it as a warning sign that you need to become a non-smoker.

Signs of lung cancer, as pointed out by the NHS include coughing up blood and persistent breathlessness.

Other symptoms of the disease include an ache or pain when breathing or coughing.