You might only know Honor for its mid-tier smartphones that, let's be honest, have taken a massive hit after the US trade ban stopped Huawei - the parent company of Honor – shipping handsets with any Google apps or services installed, including the Google Play Store. That makes these smartphones pretty tough to recommend right now.

For that reason it seems Honor is shifting its focus, in Western markets at least, to other devices. Nowhere is that approach more obvious than in the Chinese firm hardware keynote in Barcelona last month, which included announcements of two smartphones and three other devices, each from different tech categories.

One of those products was the Honor MagicBook 14 – the Huawei sub-brand's first laptop to launch in the West. And in typical Honor fashion, the MagicBook offers a commendable spec sheet for a very competitive price.

The Honor MagicBook 14 will certainly look familiar if you've ever laid eyes on a Huawei laptop. The device is made of aluminium, plastic and is designed to be thin and lightweight. Flipping the lid open reveals a 14-inch display surrounded by small borders on its sides and top. On the bottom you'll find a chunkier bezel emblazoned with Honor branding.

The laptop also has a pretty great trackpad, keyboard and includes a fingerprint sensor on its power button so you can unlock it with minimal tedium. 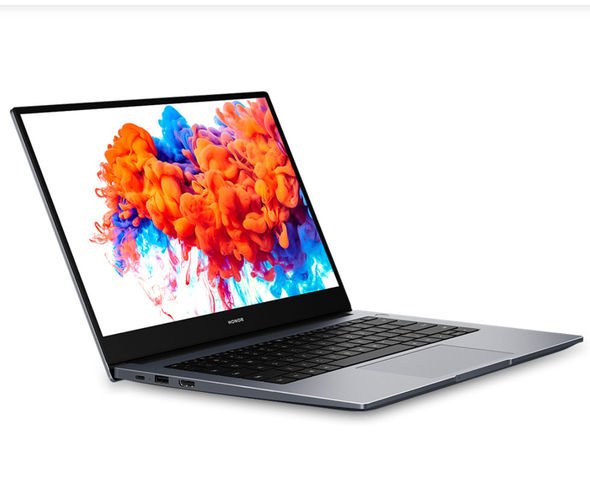 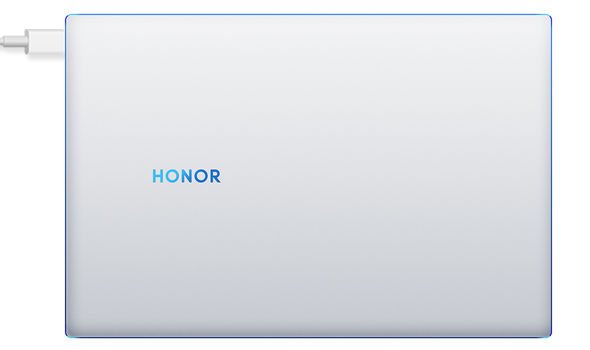 If you're someone that's particularly concerned about privacy, don't worry. The laptop's front-facing camera is fitted underneath one of its keys, so it'll only be there when you summon it. If for nothing else, it saves you slapping any tape on the device.

Under the bonnet of the Honor MagicBook 14 you'll find an AMD Ryzen 5 3500U mobile processor, 8GB of DDR4 RAM and 256GB of SSD storage. Safe to say, the laptop should be able to cope with most Windows 10 tasks without breaking a sweat. Of course, the laptop isn't designed for extremely demanding tasks like playing the latest AAA games or editing 8K video.

And yes, you read that correctly. The Honor MagicBook 14 comes pre-installed with Windows 10 Home Edition, so you won't have to worry about any software issues like you will if you buy a new smartphone from either Honor, or its parent company Huawei.

Honor is making bold claims about the MagicBook 14's battery life. In fact, the tech giant claims you'll be able to get up to 10 hours of standalone productivity without needing to find a plug.

And when the device does need charging, it should refill at a rapid pace thanks to the laptop's 65W fast charger that's capable of powering it from empty to 46 percent in just 30 minutes.

The Honor MagicBook 14 will go on sale from April 7 and starts from £549.99. Better still, the Chinese firm is also throwing in a free Honor MagicWatch 2 for early adopters.

The Honor MagicWatch 2 was announced at the tail end of last year and is an extremely capable wearable, as Express.co.uk noted in our full review.