Ovarian cancer is a serious disease that affects the ovaries in women.

The ovaries are a pair of small organs that store a woman's supply of eggs.

But, the cancer is often missed until its later stages, which lowers the chances of a full recovery.

That's because the symptoms of ovarian cancer are often similar to less serious conditions.

But, you could be at risk of ovarian cancer if you're often feeling constipated.

The condition can lead to a number of gastrointestinal symptoms, including making fewer toilet trips than you're used to.

Constipation could also include difficulty passing stools, or even passing harder, firmer stools.

It's more likely to be caused by ovarian cancer if you have persistent constipation despite taking over-the-counter treatments.

"Ovarian cancer may cause several signs and symptoms," said the American Cancer Society.

"Women are more likely to have symptoms if the disease has spread, but even early-stage ovarian cancer can cause them.

"Symptoms of ovarian cancer can include fatigue [extreme tiredness], upset stomach, back pain, pain during sex, [and] constipation.

"If you have these symptoms more than 12 times a month, see your doctor so the problem can be found and treated if necessary." 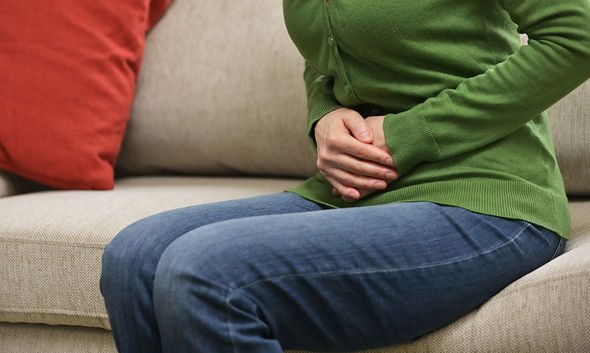 But, just because you develop constipation, it doesn't necessarily mean that you have ovarian cancer.

Constipation is very common, and it can affect people of all ages.

You may be constipated if you haven't had a poo at least three times in a single week, said the NHS.

It may also be caused by not drinking enough fluids, not eating enough fibre, or simply stress.

Your symptoms are more likely to be caused by ovarian cancer if you have more than one of the common warning signs.

The exact cause of the disease isn't entirely known, but you're more at risk of the cancer if you're over 50 years old, and have a family history of ovarian or breast cancer.

More than 7,000 women are diagnosed with ovarian cancer every year in the UK.