Vitamin B12 is responsible for many important roles in the body, such as keeping the body's nerve and blood cells healthy and helping to make DNA - the genetic material in all cells. Falling short of the required amount of B12 can therefore have a pronounced effect on the body. There are many reasons why some may develop B12 deficiency but the two most common are diet and pernicious anaemia.

Why diet? Vitamin B12 is found naturally in a wide variety of animal foods and is added to some fortified foods.

As the National Institutes of Health (NIH) explains, plant foods have no vitamin B12 unless they are fortified.

This puts vegans and vegetarians at a far higher risk of becoming B12 deficient.

The leading cause of B12 deficiency in the UK is pernicious anaemia, however.

Dysphagia is the medical term for swallowing difficulties.

As the NHS explains, some people with dysphagia have problems swallowing certain foods or liquids, while others can't swallow at all.

Over time, dysphagia can also cause symptoms such as weight loss and repeated chest infections, notes the health body.

In fact, this symptom progression was identified in the case report published in eNS. 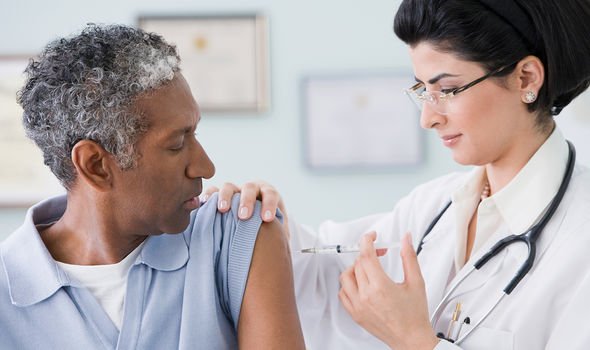 A 66-year-old male presented to the hospital with dyspnea and productive cough.

His medical review revealed that he had difficulty swallowing solids and an unintentional 30-pound weight loss over the past year.

He was injected with B12 and saw "significant improvement" in both anaemia and dysphagia, with no further hospitalisations for aspiration over one year of follow-up, the case report said. 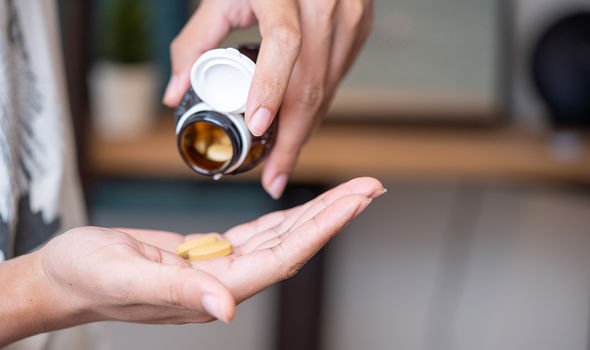 According to the health body, people who find it difficult to get enough vitamin B12 in their diets, such as those following a vegan diet, may need vitamin B12 tablets for life.

It adds: "Although it's less common, people with vitamin B12 deficiency caused by a prolonged poor diet may be advised to stop taking the tablets once their vitamin B12 levels have returned to normal and their diet has improved."