Vitamin B12 is a crucial ingredient for the healthy running of the body, as it's needed to make red blood cells. Signs of a deficiency can develop very slowly, so it may be difficult to diagnose the condition.

People with undiagnosed symptoms should consider that they may have a vitamin B12 deficiency.

A quick blood test could reveal whether you should be adding more B12 to your diet.

You should consider speaking to a doctor about a B12 deficiency if you notice your skin having a yellow tinge.

Some people with the condition find that they develop jaundiced skin, according to dietitian Helen West.

It's caused by a disruption to the body's red blood cell production.

If there isn't enough B12 in the body, the red blood cells aren't fully manufactured, which leads to a type of anaemia.

Having fewer red blood cells circulating around the body causes the skin to appear paler in colour.

"The fragility of these cells also means that many of them break down, causing an excess of bilirubin," West wrote for medical website Healthline.

"Bilirubin is a slightly red or brown-coloured substance, which is produced by the liver when it breaks down old blood cells.

"Large amounts of bilirubin are what give your skin and eyes a yellow tinge.

"Unfortunately, symptoms of a vitamin B12 deficiency can take years to show up, and diagnosing it can be complex." 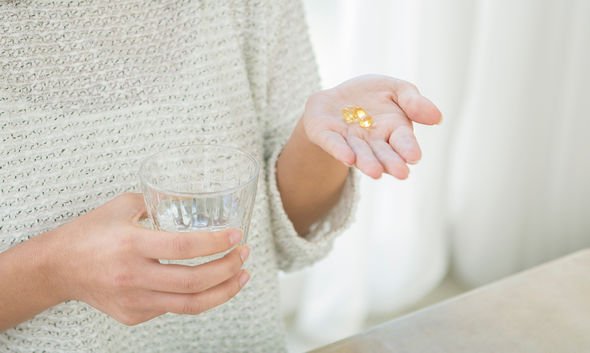 But, if you find that your skin appears yellow, it doesn't necessarily mean that you have a vitamin B12 deficiency.

Jaundice could be caused by a number of different conditions, but they all require medical attention.

If you develop jaundice, it could be caused by pancreatitis, hepatitis, gallstones, or sickle cell disease.

You should get advice from NHS 111 straight away if your skin, or the whites of your eyes, appear more yellow than normal.

Meanwhile, more common warning signs of a vitamin B12 deficiency include tiredness, jaundice, and shortness of breath.