A CORONAVIRUS vaccine could be rolled out by September with some trials testing an inhaler that could hit the market next month, as top British scientists make head ways in finding a cure.

Backed by hero volunteers – and millions of pounds in funding – vaccine experts from Oxford University and Imperial College London hope to develop the first jab against the killer bug.

When will a coronavirus vaccine be available in the UK?

A million doses of Oxford Uni’s vaccine could be ready as early as September.

That’s according to documentary maker Michael Mosley, who was given access to the top-security Porton Down laboratory where vaccines from two of our top universities are being tested.

Researchers there are checking vaccines produced by Oxford and Imperial College London.

AstraZeneca, the Cambridge-based pharmaceutical group, is teaming up with Oxford University to manufacture and distribute the vaccine if clinical trials are positive.

Drug company Astra Zeneca has said it will produce the vaccine so it's ready when final approval is given and intends to produce two billion doses thanks to funding from Microsoft billionaire Bill Gates.

The Oxford University team are reportedly "80 per cent confident" the  Covid-19 vaccine work in younger people and say the vaccine could be given using a device like an asthma inhaler next month.

AstraZeneca has already agreed to supply 100 million doses of the potential vaccine to the UK.

It has also signed a massive $1 billion deal for a coronavirus vaccine with the U.S government.

The Anglo-Swedish firm will supply 400 million doses of the Covid-19 drug currently being developed by the University of Oxford.

The drug is still undergoing trials at the university's Jenner Institute, which is working with the Oxford Vaccine Group on the project.

Most experts believe a widely available vaccine will not ready until 2021 at the earliest.

Have vaccine human trials begun in the UK?

An Oxford consortium is testing its vaccines in 6,000 healthy volunteers, including healthcare workers.

The Oxford study is currently tracking about 1,000 people, half of whom have been given the real vaccine.

But the team plans a later-stage study with another 5,000 volunteers for a final answer and expects it to be tested in other countries.

"This vaccine aims to turn the virus' most potent weapon, its spikes, against it – raising antibodies that stick to them allowing the immune system to lock onto and destroy the virus," said immunology and infectious diseases expert, Prof Saul Faust.

It’s joined the Oxford-led clinical study, with trials conducted at multiple centres across the UK, including Oxford, Southampton, Bristol and London.

Expected to run for the next six months, Imperial will be one of several sites carrying out trials of the vaccine.

In addition to this work, Professor Robin Shattock at Imperial College London is leading on developing a different jab.

This vaccine will be tested in human trials beginning in June, also at Imperial’s research facility at Hammersmith Hospital in the capital.

The government is providing £22.5 million to fast-track Imperial's development of a coronavirus vaccine.

Sir John Bell, Regius Professor of Medicine at Oxford University, said the team should get a "signal about whether it’s working by the middle of June".

Lead researcher on the Oxford project, Professor Sarah Gilbert, has previously said she is 80 per cent confident it will succeed.

CAN we get a vaccine?

Research to find a vaccine is happening continuously, with about 100 studies around the globe. Trials need to show the vaccine is safe.

A potential vaccine being developed at the University of Oxford has begun its human trials — the first in Europe.

HOW will it be produced?

The Oxford study has linked up with UK pharmaceutical giant AstraZeneca to mass produce the potential vaccine on a not-for-profit basis during the pandemic.

WHEN will one be available?

Most experts reckon by mid-2021 but the Oxford team says researchers will know if their jab works by this summer.

IS there a drug to treat the coronavirus?

Early results of a US trial suggest antiviral drug remdesivir cuts the number of days patients take to leave hospital by almost a third.

HOW does it work?

IS it a game changer?

Potentially. Dr Anthony Fauci, leading member of the US coronavirus task force, said: "What it has proven is that a drug can block this virus." But a second trial in China showed no benefit.

WHO is looking for a drug cure?

There are around 300 clinical trials going on worldwide.

Are there other vaccines being tested?

About 100 research groups are pursuing vaccines with nearly a dozen in early stages of human trials or poised to start.

Microsoft billionaire Bill Gates, for example, has committed hundreds of millions of dollars to developing a vaccine through the Bill and Melinda Gates Foundation.

Dr Andrew Pollard, who is leading the University of Oxford's vaccine study, said: "We're not really in a competition against each other.

“We're in a race against a pandemic virus, and we really need as many players in that race as possible.”

Aside from Imperial and Oxford, other researchers in the UK are also making headway in the bid to create a lifesaving jab.

Experts from both the University of Nottingham and Nottingham Trent University are lending their expertise to Scancell Holdings Plc, which develops immunotherapies for the treatment of cancer.

The company is adapting its cancer vaccine to develop a new jab to prevent future infection by the coronavirus, which causes Covid-19.

Scancell is designing a DNA-based vaccine which will be safely delivered into humans, whose bodies will then produce antibodies and T cells to kill the virus. 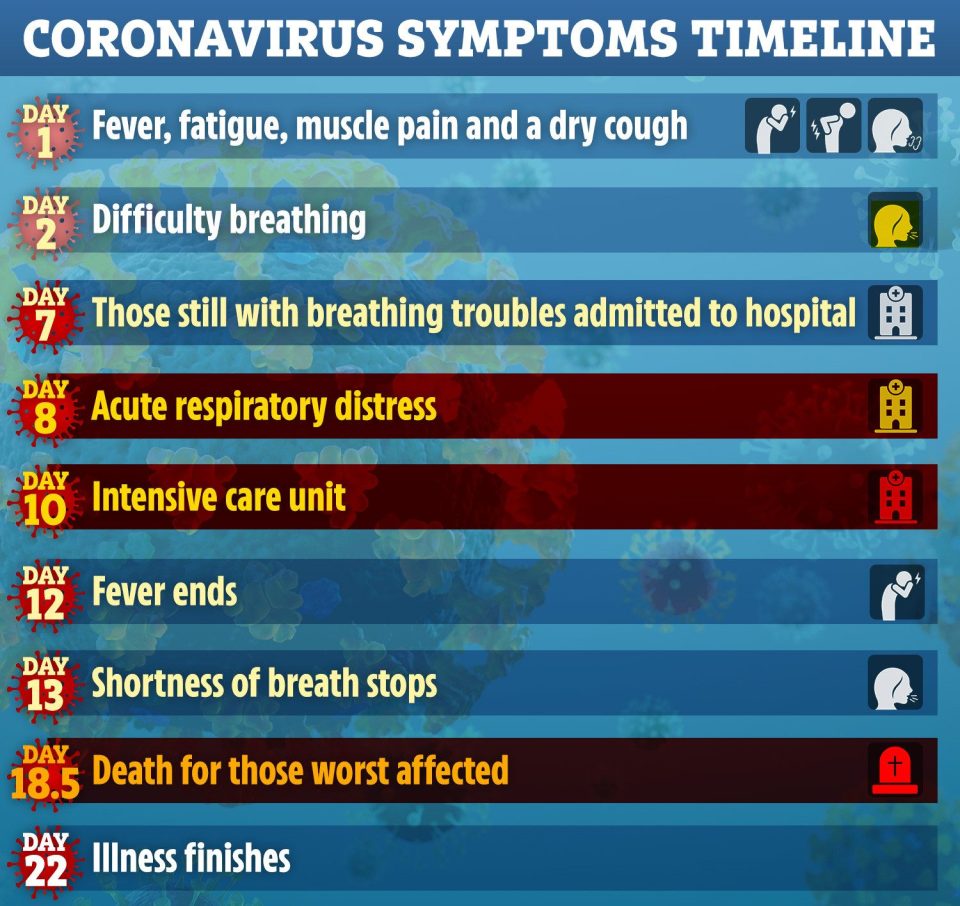 Another potential vaccine is being developed by cigarette manufacturer British American Tobacco (BAT).

The Benson and Hedges maker said on April 1 it could produce between 1 to 3 million doses per week by June if testing goes well, but it will need support from government agencies.

It claims to have found an antibody that appears to fight Covid-19, using genetically modified tobacco plants, but needs US drug authorities to fast-track permissions.

On April 17, Britain’s Business Secretary Alok Sharma said that the Government has set up a vaccine task force to accelerate the development of a coronavirus jab.

Scientists in Australia have developed a lab-grown version of the virus, a major step toward creating a vaccine.

Meanwhile, over in Germany, CureVac are also working on a vaccine, with majority investor and owner of football club Hoffenheim – Dietmar Hopp – revealing that a breakthrough could be made in the next six to seven months.

Talking to Sport1, he said: “It has to be tested first with animals then with human beings.

“But I think it could be available in autumn at the time when possibly the next wave of infections will come.”