The sharp minds from Brigham Young University (BYU) have discovered one activity could slow the ageing process within our cells. It's a bit like stopping the clock. What exactly is it?

Led by Professor Larry Tucker, 5,832 adults were recruited to take part in the study.

Telomere length values were measured in the study, Think of telomeres as the end caps you get on shoe laces.

The nucleotide endcaps, however, are found at the end of chromosomes (not shoe laces).

The BYU stated telomeres are "like our biological clock, and they're extremely correlated with age".

BYU continued: "Each time a cell replicates, we lose a tiny bit of the endcaps. Therefore, the older we get, the shorter our telomeres."

Professor Tucker hypothesised that he was able to correlate people's relative telomere length with their levels of physical activity.

Who knew that dipping your toe into the fountain of youth involves stepping into a pair of trainers?

Presenting his findings to the journal of Preventative Medicine, Tucker announced how high physical activity could add years onto your life.

Specifically, Tucker announced how one activity could have the "biologic advantage of nine years".

What was the activity regarded as life-enhancing? The answer is at least 30 minutes of jogging.

Women who engaged in 30 minutes of jogging five days per week had longer telomeres than those who didn't.

DON'T MISSHow to live longer - This Morning doctor explains FOUR key lifestyle swaps [TIPS]Do you do this? The simple and quick daily habit proven to reduce risk of early death [INSIGHT]How to live longer: The seven steps you should take to boost longevity [RESEARCH]

For men, this trend was found in those who performed 40 minutes of jogging, five times per week.

People who were in this category had more than "140 base pairs of DNA at the end of their telomeres" than those who didn't exercise as much.

Tucker commented on his findings: "The more physically active we are, the less biological ageing takes place in our bodies."

Jogging five times per week takes commitment and dedication – and perhaps a joy for running. 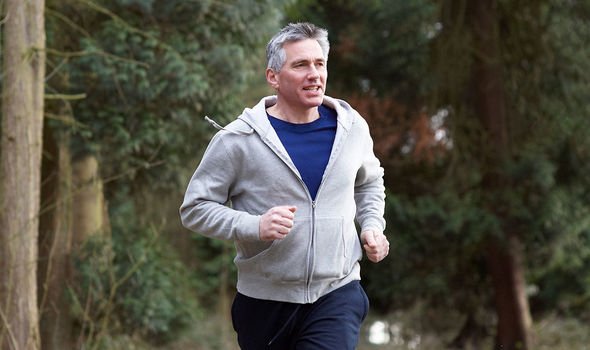 For those of you who can't fathom running everyday, there are alternative options that are better than doing nothing.

The NHS recommends adults to be physical active everyday, which can involve the following:

Specifically, people need to aim for at least 150 minutes of activity every week.

There are apps available on smart phones that can help you achieve your fitness goals, such as Couch to 5K. 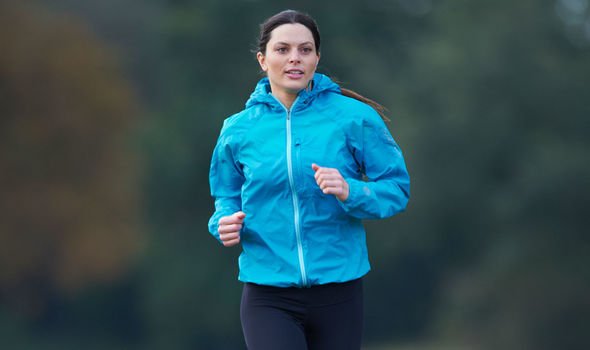 The Couch to 5K is a nine-week running programme for beginners – you may surprise yourself by how much your fitness improves.

Strengthening activities are also recommended (at least twice a week), which can include:

What's your favourite way to increase your activity levels? Comment below.